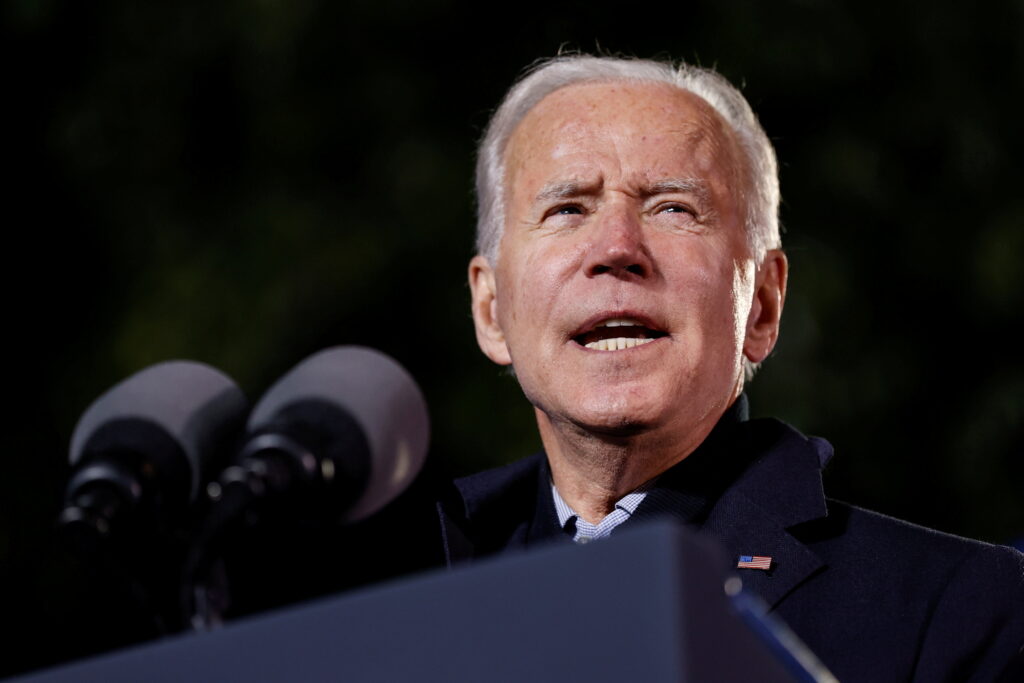 President Joe Biden is expected to offer an update on negotiations about his domestic spending plans and speak with Democrats before heading to Europe later on Thursday for meetings with world leaders, a person familiar with the plans told Reuters.

Biden is scheduled to deliver public remarks at 11:30 a.m. at the White House, hours after House Democrats meet on Capitol Hill at 9 a.m. as talks continue over provisions and costs in the plan.

The president plans to announce Democrats have agreed on a revised framework for his social spending plan that he expects will gain the support of all Democrats, the Washington Post reported. NBC News and Fox News also reported the planned announcement.

It remains unclear whether Biden has the votes to pass any framework on $1.5 trillion or more in social spending into law or a companion bipartisan $1 trillion infrastructure bill.

Even if a framework is adopted, Biden will head to a meeting of G-20 leaders in Rome and then to the U.N. Climate Change Conference in Glasgow, Scotland, without final legislation passed and with the potential for more debate even as the United States seeks to ask other countries to adopt similar climate initiatives.