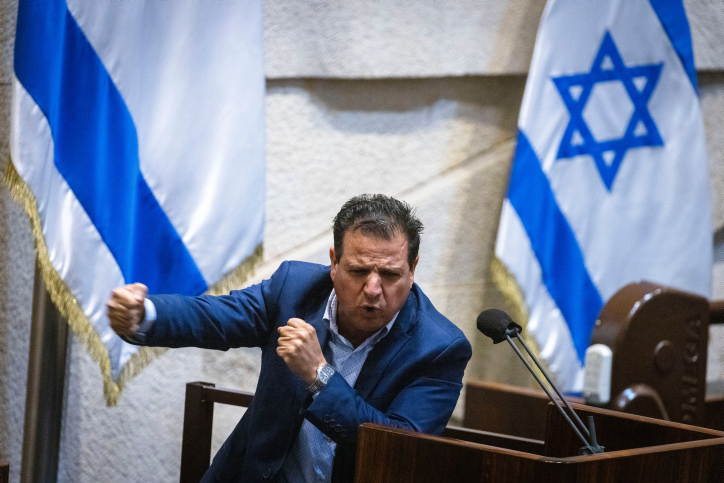 En route to Yerushalayim, the convoy of vehicles carrying dozens of demonstrators stopped traffic at the Eyal Junction and then caused disruption at the Ayalon Highway near Hashalom Interchange. The highway was reopened a short while later.

MKs from the Joint List and several Arab mayors joined with as Arab Israelis who have lost family members in the ongoing lawlessness in Arab cities and towns.

“We’re living in a situation in which there are murders every two or three days. If our children can’t live normal lives, the rest of the country cannot go on normally,” Joint List chairman Ayman Odeh said.

There have been a record-breaking 104 killings in the Arab sector so far this year, and Odeh expressed dissatisfaction with the government’s plans and promises to improve matters.

Prime Minister Naftali Bennett pledged on Sunday, enactment of a NIS 2.4 billion ($784 million) five-year plan to end the violence, the latest in a series of promises dating back to the Netanyahu administration. The plan has been incorporated into the state budget, which the government hopes to pass in the Knesset in November.

Under consideration are some controversial measures, such as involving the Shin Bet security service and expanding police powers.

Odeh responded with disfavor: “This is a plan to kill 1,400 Arabs,” he Odeh declared said on Tuesday in a video statement, in which he also charged that the proposal does not allocate sufficient resources.