Politics ANALYIS: Here’s What Is In the $1.75 Trillion Biden Budget Plan
Politics 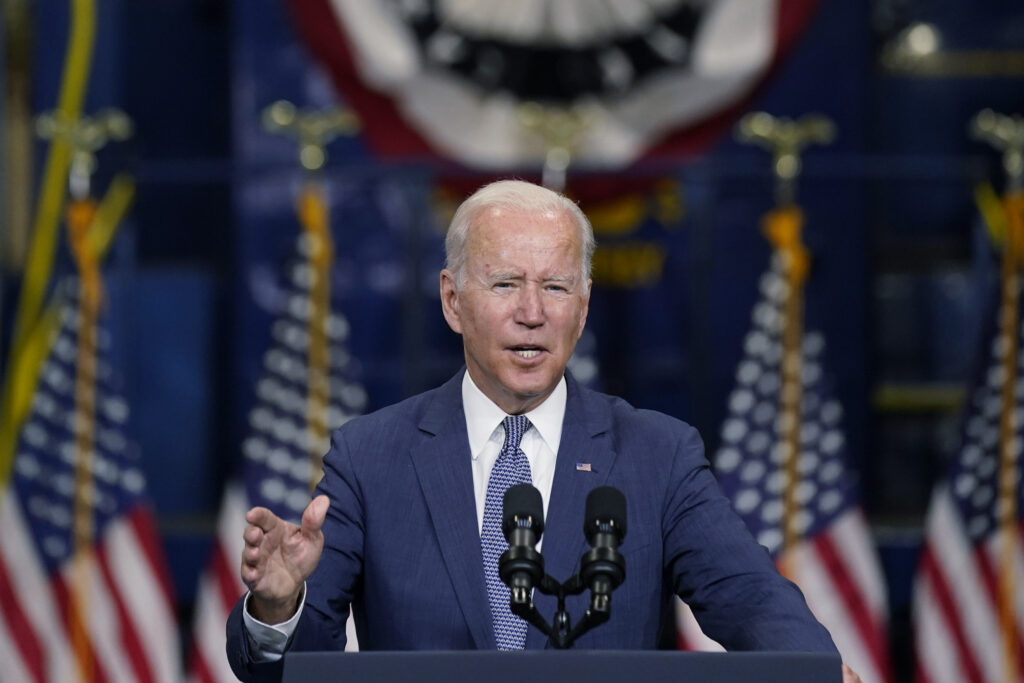 President Joe Biden on Thursday unveiled a roughly $1.75 trillion blueprint for overhauling the country’s health care, climate, education and tax laws, as he seeks to break an ongoing logjam among his party’s liberals and moderates that have stalled his economic agenda for months.

The plan includes some of Biden’s earliest policy priorities, including new spending to enhance child care and offer prekindergarten free to all American families. But it also shelved some of the  Democrats’ most fervent plans, including an effort to provide paid leave to millions of workers – one of many casualties in the party’s efforts to reduce its original $3.5 trillion price tag.

Biden is set to present the plan on Capitol Hill in a private meeting with House Democrats before unveiling it to the public later in the day. He still must convince lawmakers including Sens. Joe Manchin, D-W.Va., and Kyrsten Sinema, D-Ariz., who helped drive Democrats to scale back their policy ambitions in the first place.

What’s in the plan for health care?

Senior administration officials characterized the plan’s health-care elements as the biggest expansion of affordable care in a decade, predicting the changes would extend coverage to 7 million people. But the framework is far more modest than the goals that President Biden first proposed. In particular, senior administration officials said the president still wants Medicare to be able to negotiate lower drug prices but could not persuade enough congressional Democrats to support the idea.

Extension until 2025 of expanded premium subsidies for more Americans who purchase health plans through Affordable Care Act marketplaces, as begun in the spring through the American Rescue Plan law.

Allow until 2025 low-income people in a dozen states that have not expanded Medicaid to buy ACA health plans without paying a monthly premium.

Expansion of Medicare benefits for older Americans to include hearing benefits.

What’s in the plan for families?

Some of the most ambitious and expensive plans put forward by the Biden administration seek to ease the financial burdens facing millions of American families, particularly low-income parents with children. The White House described the investments as the most transformative targeting caregiving in “generations,” pointing to a slew of new programs and tax credits that date back to some of Biden’s earliest campaign promises.

Universal, free prekindergarten for all three- and four-year-olds, which the White House has described as the largest expansion in such education programs since the creation of public high school roughly a century ago

The prekindergarten effort is part of a broader $400 billion bucket of funds to help Americans afford child care, aiming to ensure families who earn less than $300,000 annually pay no more than 7% of their income on child care for kids under age 6

Roughly $150 billion for home care to help seniors in need

A one-year extension of expanded, refundable child tax credits, which would continue to be paid out on a monthly basis, continuing a pandemic-era relief program

New higher-education aid, including an increase to the maximum Pell Grant by $550 for roughly 5 million students in need, and additional investments to boost historically Black colleges and universities.

What’s in the plan for climate?

The Biden administration aims to secure $555 billion in spending to address climate change, an amount the White House says makes the bill the biggest clean energy investment in the nation’s history.

The bulk of the clean energy measures come in the form of tax breaks for companies and consumers that install solar panels, improve the energy efficiency of buildings, and purchase electric vehicles. The EV tax credit in particular could lower the cost of such a vehicle by $12,500 for a middle-class family, according to the administration.

Additional financial incentives for making the wind turbines and other clean energy equipment domestically and in union-organized factories.

A new Civilian Climate Corps to hire perhaps 300,000 young people to restore forests and wetlands and guard against the effects of rising temperatures.

What’s in the plan for taxes?

Senior administration officials insist the $1.75 trillion plan is financed in full, raising nearly $2 trillion over 10 years. Initially, the White House had hoped to raise even more money by ratcheting up rates on corporations and wealthy Americans, a move that would have unwound the tax cuts imposed under now-former President Trump in 2017. But Biden had to abandon that plan in the face of opposition from Sinema, who opposed tax increases. In the end, they say their plan preserves Biden’s commitment not to raise taxes on Americans making under $400,000 annually. Among the most critical revenue raisers:

A new 15% corporate minimum tax on large corporations, part of a broader effort on the part of the White House and Democrats to address the fact some companies reduce their tax burdens to zero

A new tax surcharge targeting the wealthiest Americans. The proposal would impose a new 5% rate on those with incomes above $10 million and an additional 3% surtax on incomes above $25 million

Roughly $400 billion to empower the Internal Revenue Service to pursue tax cheats, with a focus on Americans at higher incomes.