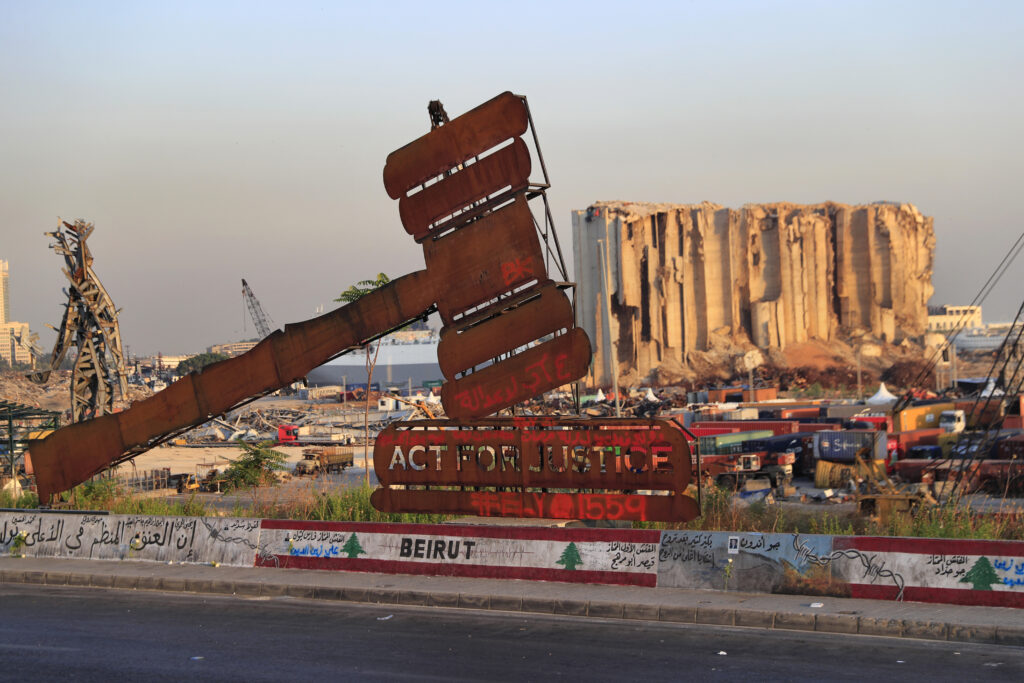 For eight months, he has quietly investigated one of the world’s worst nonnuclear explosions with only four assistants — and a lot of powerful detractors trying to block him.

In that time, Judge Tarek Bitar has become a household name in Lebanon and a staple on every news bulletin.

For many Lebanese, Bitar’s investigation of last year’s massive Beirut port explosion is their only hope for truth and accountability in a country that craves both. Billboards in Beirut showing a fist holding a gavel read: “Only Tarek can take our revenge,” a play on Arabic words using the judge’s last name.

But to the country’s entrenched political class, the enigmatic 47-year-old has turned into a nightmare. Politicians have united as they rarely do to remove him from his post, apparently deeming him a threat much greater than the country’s collapsing economy, the state’s empty coffers and burgeoning unemployment, poverty and public anger.

Bitar has not shied away from summoning a dozen senior former and current government officials, some of them on charges of criminal negligence and homicide with probable intent. He issued arrest warrants for two former ministers when they refused to appear before him.

More than 215 people died in the Aug. 4, 2020, port explosion, caused by the detonation of hundreds of tons of ammonium nitrate stored in a warehouse for years, apparently with the knowledge of senior politicians and security officials who did nothing about it. The explosion also injured 6,000 people and destroyed parts of the city.

More than a year after the government launched a judicial investigation, nearly everything else remains unknown – from who ordered the shipment to why officials ignored repeated warnings of the danger.

But the low-profile Bitar — there are only a few public pictures of him — has earned the trust of many Lebanese, including relatives of the victims.

“We have big faith, up to 90%, that Judge Bitar will lead us to justice,” said George Bezdjian, whose daughter Jessica, a nurse, was killed in the explosion.

Bezdjian and others who have met Bitar describe a soft-spoken, calm and courageous man who has stayed clear of political affiliations or nepotism and displayed professionalism and doggedness.

On a recent day there was no electricity in the judge’s office. In the humid room, Bitar and two assistants shared one computer monitor, a legal expert familiar with the case said.

“It is quite shocking when you walk into his office and there is one computer screen and two people helping him … as he is trying to solve the biggest crime in Lebanon’s modern history,” the legal expert said, speaking on condition of anonymity to divulge details from the private meeting.

The second judge to lead the case, Bitar was appointed in February. His work has been challenged every step of the way.

At first, suspected officials took cover behind parliamentary or professional immunity, declining to appear before him. They accused him of singling out some officials and not others, in an apparent attempt to stoke sectarian grudges in a country divided along sectarian lines. Then they sued him and tried to discredit him, saying he showed bias and was allied with foreign powers.

Earlier this month, the call to remove him finally came — from Hezbollah leader Hassan Nasrallah, arguably the country’s most powerful man.

An anti-Bitar protest by supporters of Hezbollah and the allied Shiite group Amal, led by Parliament Speaker Nabih Berri, escalated into the worst violence the capital has seen in years. Seven people were killed and accusations followed that Bitar was a threat to social peace.

“The investigative judge Bitar has become a real problem in Lebanon,” Hezbollah deputy leader Naim Kassim said Saturday. “Because of him we nearly had a major strife,” he said, in the clearest attempt yet to tie Bitar to civil unrest.

Hatem Madi, a veteran judge and prosecutor, said he never before witnessed such a standoff between the political class and the judiciary.

The new government of Prime Minister Najib Mikati is already in a deadlock over how to respond to calls for removal of Bitar.

Meanwhile, Bitar has not backed down, reissuing his summonses to senior officials. He now moves around with guards.

The judge has been open to visitors and questions about the legal process, but he is careful not to divulge his next moves, the legal expert said.