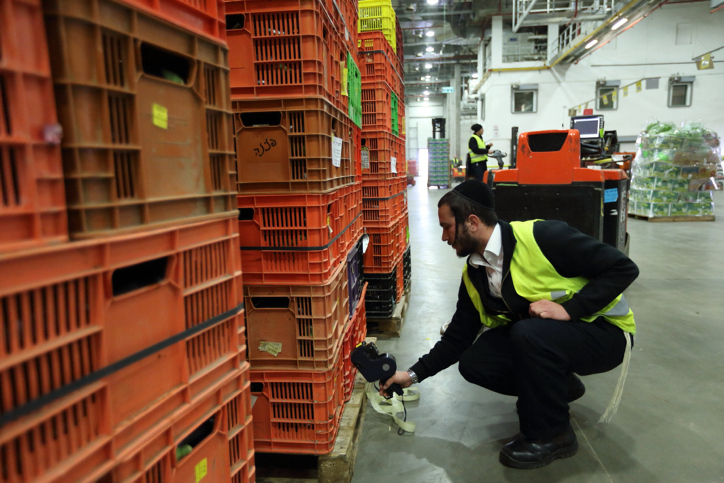 The head of the Knesset Committee for Religious Services, MK Yulia Malinovsky (Yisrael Beytenu) has presented her idea of what kosher certification should look like in a video, on the day the committee sat to discuss the final changes to the kashrus reform bill.

The provocative video shows Malinovsky, herself secular, pointing to two of the most widely known kashrus symbols and ruling them out. She then points to a picture of a “kosher seal” with the “supervision of the Beis Din of Yulia Malinovsky” written on it, and gives it a thumbs-up.

She concludes with her support for opening up the world of kashrus supervision to competition.

The Israeli Chief Rabbinate and the chareidi parties have strongly opposed the reforms, which are designed to wrest control of kashrus supervision from the Rabbinate and authorize private groups to certify restaurants and food factories, which they warn would drastically undermine standards.

Sephardic Chief Rabbi Rishon LeTzion Harav Yitzchak Yosef has voiced strong opposition to the reform, saying that the kashrus reform is only the beginning. Later, the reforms will come in conversion, marriage and more.

“Malinovsky is saying what [Religious Affairs] Minister Matan Kahana is trying to hide,” said Rabbi Amichai Eliyahu, head of the Union of Community Rabbis. “This isn’t a reform of kashrut – it’s a reform of the Jewish identity of the State.”

Rabbi Eliyahu added that, “Using his military background as a cheap promotional tool, Kahana is lying to everyone and destroying the kashrut system of the State of Israel. I find it hard to understand why Kahana insists on being the useful idiot of Gilad Kariv, Merav Michaeli and Avigdor Liberman,” he said, referencing three prominent members of the government who are known for their hatred of traditional Judaism.

Meanwhile, the Knesset Committee opened what promised to be a stormy meeting discussing the government’s proposed reforms to the kashrus system. Instead of arguing about the content of the legislation, however, those present ended up in a row over the decision of MK Malinovsky to reject all discussion of the Likud Party’s reservations to the bill.

Malinovsky opened the meeting at ten o’clock with, “First of all, the reservations of the Likud Party – who is going to present them? No one? I reject all your reservations, good morning everyone…”

Just one minute later, Likud MK Shlomo Karhi entered the room only to be told that he was “too late” and that his party would not be permitted to present its reservations.

“This meeting began at ten o’clock sharp,” Malinovsky explained, “and there were no Likud MKs present, and therefore their objections to the legislation are being rejected for discussion.”

Karhi decried Malinovsky’s decision but Malinovsky claimed that the committee’s legal advisor had authorized her to reject the Likud’s reservations due to their tardiness.

“Have you all gone mad?” Karhi responded. “We won’t allow you to trample on the Knesset – you can’t do that just because of a delay of one minute!”

He added that on his way to the meeting, he had received “threatening phone calls from the office of Finance Minister Liberman,” warning him of the consequences if he did not remove his objections to the legislation to be discussed in that committee meeting.

Likud MK Yoav Kish also decried the “dictatorial behavior” of Malinovsky. “Is this the way they do things in Yisrael Beytenu?” he shouted. “Are you sane? What are you doing here? This isn’t the way you behave in the Israeli Knesset. We arrived one minute late and you decide to exploit your power [as committee chair] to disregard the opinion of your own committee’s legal adviser? … Do you have no shame?”