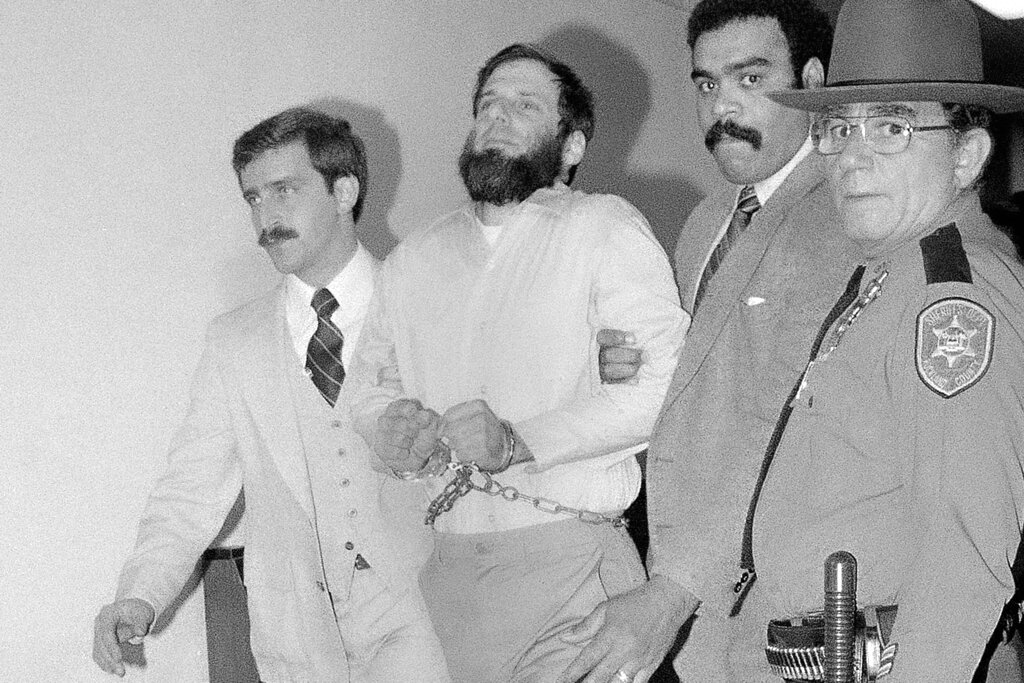 Former Weather Underground radical David Gilbert has been granted parole after 40 years behind bars for his role in a deadly 1981 Brink’s robbery that was a violent echo of left-wing extremism born in the 1960s, the state corrections department said Tuesday.

Gilbert, 76, has been imprisoned since shortly after the infamously botched armored car robbery in which a guard and two police officers were killed. He became eligible for parole only after his 75 years-to-life sentence was shortened by Gov. Andrew Cuomo in August, hours before he left office.

Gilbert appeared before the state parole board Oct. 19 and was subsequently granted parole, Thomas Mailey, a spokesperson for the New York state corrections department, said Tuesday.

He will be able to leave Shawangunk Correctional Facility in the Hudson Valley next month.

Supporters — including his son, San Francisco District Attorney Chesa Boudin — lobbied to have Gilbert join other defendants in the case who have been released from prison.

In an email, Boudin said, “I am so grateful to the parole board and to everyone who has supported my father during his more than 40 years in prison. I’m thinking about the other children affected by this crime and want to make sure that nothing I do or say further upsets the victims’ families. Their loved ones will never be forgotten.”

But even the prospect of Gilbert’s release had angered some local officials in the Hudson Valley and family members who said his release would insult the memory of the slain men.

In a statement, Rockland County Executive Ed Day called the decision a “cruel and unjust slap in the face to the families” of those killed.

“Former Governor Andrew Cuomo and the Parole Board should be ashamed for allowing this domestic terrorist to walk free on our streets,” Day said. “There’s no reason that David Gilbert should not have to face the full consequences of his heinous crimes, no matter how much time has passed.”

Gilbert and other former members of the Weather Underground, a militant group that grew out of the anti-Vietnam War movement, had joined with members of the Black Liberation Army in the Oct. 20, 1981, robbery. They stole $1.6 million in cash from an armored car outside the Nanuet Mall near the Hudson River community of Nyack.

Brink’s guard Peter Paige and two Nyack police officers, Sgt. Edward O’Grady and Officer Waverly Brown, were killed in the holdup and ensuing shootout at a nearby roadblock.

Though unarmed, Gilbert was charged with robbery and murder, since people were killed during the crime. Also charged was Chesa Boudin’s mother, Kathy Boudin. The boy was 14 months old when his parents were imprisoned.

In a sometimes raucous trial, Gilbert and two other defendants cast themselves as freedom fighters and deemed the proceedings illegitimate. At one court session, Gilbert and defendant Judith Clark raised their fists and shouted “Free the land!”

Kathy Boudin avoided a harsher sentence by pleading guilty and was paroled in 2003. Clark was granted parole in 2019, three years after Cuomo commuted her sentence. She had been denied parole after her first hearing two years earlier.

Gilbert was not eligible for parole until 2056 before Cuomo commuted his sentence. The former governor said Gilbert made significant contributions to AIDS education and prevention programs, and worked as a tutor, law library clerk, paralegal assistant, teacher’s aide and aide in various prison programs.

He ran a progressive campaign for San Francisco district attorney in 2019 in which he said visiting his parents in prison showed him the criminal justice system was broken.