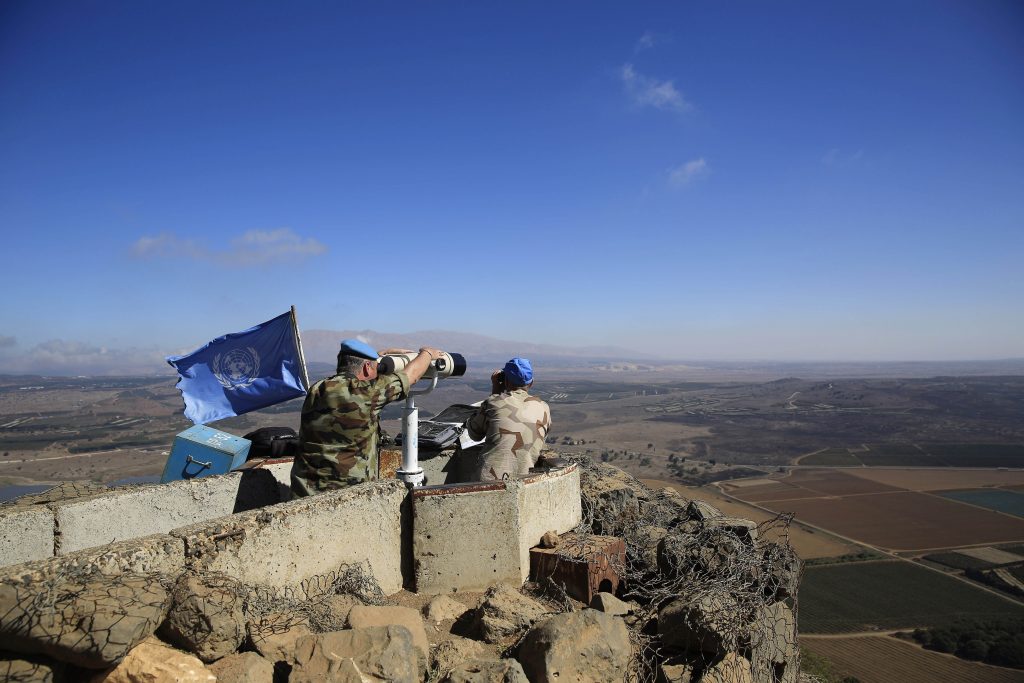 The London-based Syrian Observatory for Human Rights said Israeli warplanes targeted missile batteries on the outskirts of the city of al-Ba’ath and the village of al-Krum, in the Quneitra Governorate in southwestern Syria.

No injuries were reported but the area sustained damage, Syrian media said.

There was no comment from the Israeli military on the report. The IDF rarely comments on Arab media reports of its alleged activity north of the border.

Russia became militarily involved in the Syrian civil war in 2015, seeking to stabilize the regime of President Bashar Assad. Russia and Israel subsequently set up a deconfliction channel to avoid military mishaps, and the Kremlin has pledged understanding for Israel’s major concerns over Iranian entrenchment.

Israel insists that its operational leeway in the area be maintained, especially as Iran tries to tighten its grip on Syria. In line with Israel’s determination that it will not allow any Iranian presence near its northern border, the IDF has so far targeted hundreds of Iranian assets in Syria.

During their meeting in Sochi on Friday, Putin and Bennett agreed that the two nations would continue to maintain their deconfliction mechanism with regard to Syria.