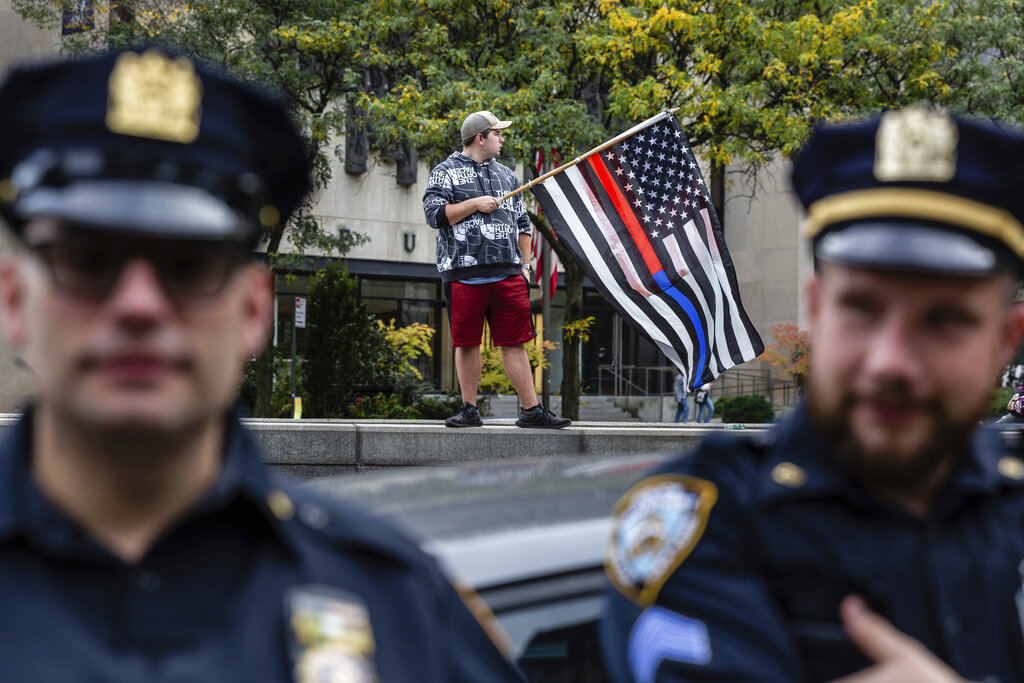 The Police Benevolent Association, which represents about 24,000 police officers in the New York Police Department, filed its lawsuit in state Supreme Court on Staten Island.

In the suit, the PBA said “the city has provided no explanation, much less a rational one, for the need to violate the autonomy and privacy of NYPD police officers in such a severe manner, on the threat of termination.”

Mayor Bill de Blasio announced last week that the entire municipal workforce including police and firefighters must be vaccinated or be put on unpaid leave, with at least a first shot by Nov. 1.

The mandate was the subject of a protest on Monday as well, with a large group of demonstrators marching from downtown Brooklyn to City Hall, over the Brooklyn Bridge. The march blocked vehicle traffic for a period of time in the morning.

City teachers have already been put under a mandate, and the state has done so for health care workers. But most city workers have been able to get COVID-19 tests weekly to avoid being vaccinated.