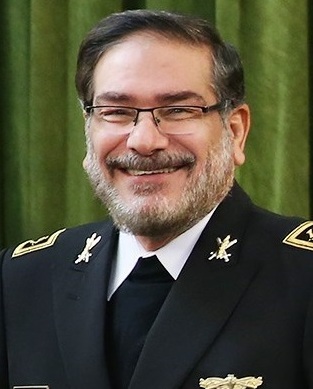 A senior Iranian official threatened Sunday that if Israel attacked Tehran over its nuclear program, the Islamic republic’s response would be devastating and would require Israel to spend “tens of thousands of billion dollars” to rehabilitate the country.

Tweeting in English, Hebrew and Persian, Head of the Supreme National Security Council of Iran Ali Shamkhani was apparently commenting on reports that the Israeli government has appropriated NIS 5 billion for a potential military option against Iran’s nuclear program.

According to Channel 12, the Israeli move includes funds for advance aircraft, intelligence-gathering drones, and unique weapons necessary for a potential strike against fortified underground nuclear sites.

The Islamic republic insists that its nuclear efforts are strictly for civilian and peaceful purposes, but Israeli intelligence shows that these endeavors have clear military dimensions. Given the ayatollahs’ repeated threats to annihilate Israel, it deems Iran to be an existential threat and has stated that it will not allow it to become a nuclear threshold state.

“Instead of allocating 1.5 billion dollars budget for atrocities against Iran, the Zionist regime should focus on providing tens of thousands of billion dollars funding to repair the damage that is going to be caused by Iran’s shocking response,” Shamkhani said in his English tweet.

World powers, led by the U.S., have been trying to revive the 2015 nuclear deal, rendered hollow by Iran’s repeated violations of its principles and the fact that the Trump administration pulled out of the accord in 2018.

While the Vienna negotiations were showing some progress, they came to a halt in June, with the election of Iranian President Ebrahim Raisi, an ultra-conservative cleric who has said he would relish a conflict with the West.