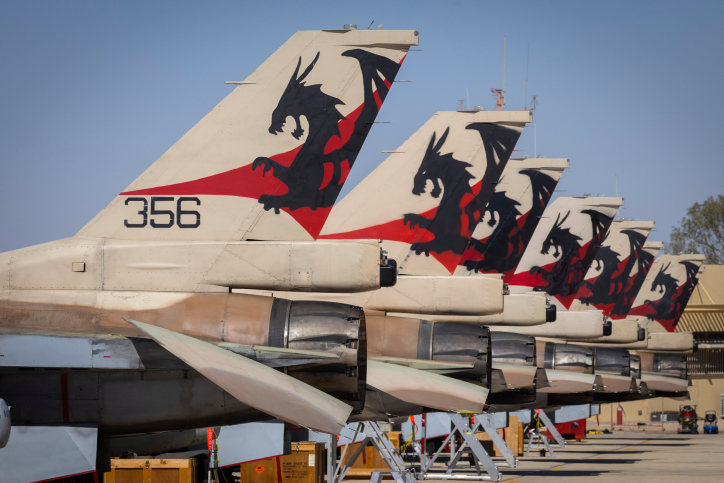 The exercise, which has taken place every other year since 2013, has a great impact on the strategic international aspect of Israel, making it a bridge for regional cooperation and advancing shared capabilities.

The exercise’s purpose is to simulate challenging combat scenarios and joint coalition flights in the most realistic manner.

The current Blue Flag exercise is the largest and most advanced so far, with the participation of eight countries training with fourth-generation aircraft along with fifth-generation F-35s, which expands the IAF’s capabilities in the battlefield.

In addition, there will be an F-35 conference in the Nevatim Air Force Base during the exercise that will include the delegations from Italy, Norway, Netherlands, the U.K., the U.S. and Belgium.

As part of the Blue Flag exercise, the commander of the United Arab Emirates Air Force, Maj. Gen. Ibrahim Nasser Mohammed Al Alawi, arrived for a visit to Israel.

The commander was welcomed at Palmachim Air Force Base by an honor guard led by the commander of the Israeli Air Force, Maj. Gen. Amikam Norkin.

The commanders discussed developing cooperation and strengthening relations between the two air forces.

Maj. Gen. Amikam Norkin said, “I thank you, Maj. Gen. Al Alawi, for this visit to Israel. This is a truly historic day with tremendous significance for the future of cooperation between our air forces.”