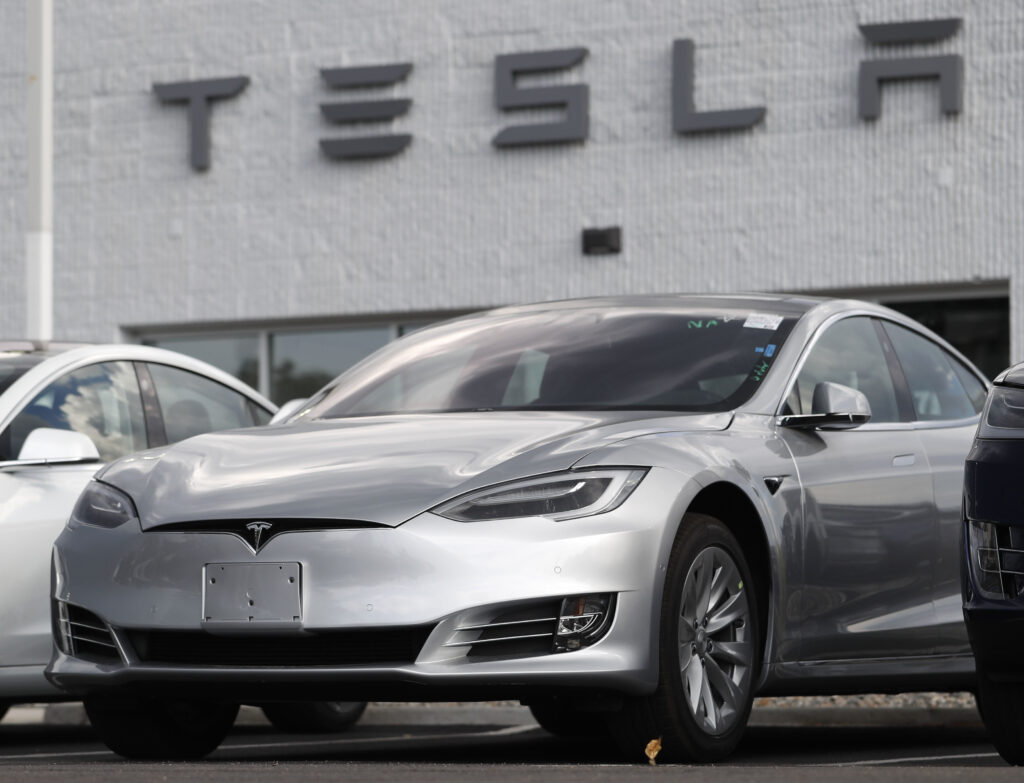 Hertz announced Monday that it will buy 100,000 electric vehicles from Tesla, one of the largest purchases of battery-powered cars in history and the latest evidence of the nation’s increasing commitment to EV technology.

The purchase by one of the world’s leading rental car companies reflects its confidence that electric vehicles are gaining acceptance with environmentally minded consumers as an alternative to vehicles powered by petroleum-burning internal combustion engines.

In an interview with The Associated Press, Mark Fields, Hertz’ interim CEO, said that Teslas are already arriving at the company’s sites and should be available for rental starting in November.

Hertz said in its announcement that it will complete its purchases of the Tesla Model 3 small cars by the end of 2022. It also said it will establish its own electric vehicle charging network as it strives to produce the largest rental fleet of electric vehicles in North America.

Fields wouldn’t say how much Hertz is spending for the order. But he said the company has sufficient capital and a healthy balance sheet after having emerged from bankruptcy protection in June.

The deal likely is worth around $4 billion because each Model 3 has a base price of about $40,000. It also ranks at the top of the list of electric vehicle orders by a single company. In 2019, Amazon ordered 100,000 electric delivery vans from Rivian, a startup manufacturer of electric van, pickup trucks and SUVs. Amazon is an investor in Rivian.

The Hertz order helped send the price of Tesla shares jumping more than 8% in early trading Monday, to an intraday record of $997.57, before pulling back slightly by Monday afternoon.

In his interview with the AP, Fields made clear his belief that electric vehicles are increasingly moving into the mainstream and that Hertz intends to be a leading provider of EVs to rental customers. He pointed to surveys showing that over the past five years, consumer interest in electric vehicles has grown dramatically.

“More are willing to try and buy,” he said. “It’s pretty stunning.”

Fields said that Hertz, which is based in Estero, Florida, is in discussions with other automakers, too, about buying additional electric vehicles as it expands its EV fleet as more models enter the marketplace.

Hertz also is investing in its own charging network. Fields said it has plans for 3,000 chargers in 65 locations across the United States by the end of 2022 and 4,000 by the end of 2023. Many of the sites will be at Hertz locations such as airports, he said, while others will be in suburban areas.

Customers also would be able to use Tesla’s own large charging network for a fee, Fields said. The company has a network of about 25,000 chargers worldwide.

Fields declined to say how much Hertz will charge to rent the Teslas or whether they would be more expensive for customers than gas-powered vehicles.

Daniel Ives, a technology analyst at Wedbush Securities, wrote in a note Monday to investors that Hertz’s order represents a “major feather in the cap” for Tesla and shows that a broad adoption of electric vehicles is under way “as part of this oncoming green tidal wave hitting the U.S.”

China and Europe have been ahead of the U.S. on vehicle electrification. But demand in the United States is accelerating, Ives noted, with Tesla leading the way, followed by startup Lucid Motors, General Motors, Ford and others that are chasing a potential $5 trillion market opportunity over the next decade.

Hertz Global Holdings Inc. filed for bankruptcy protection in May 2020, two months after the coronavirus erupted across the country. It was among the first major corporations to be felled by the pandemic as infections surged and shut down travel on a global scale for both companies and vacationers.

Shortly after Hertz’s announcement Monday, the National Transportation Safety Board released a letter from its chairwoman chastising Tesla for failing to respond to recommendations that emerged from several fatal crash investigations involving the company’s Autopilot partially automated driver-assist system. The agency recommended four years ago that Tesla limit where its Autopilot system can operate and that it better monitor drivers to make sure they’re paying attention.