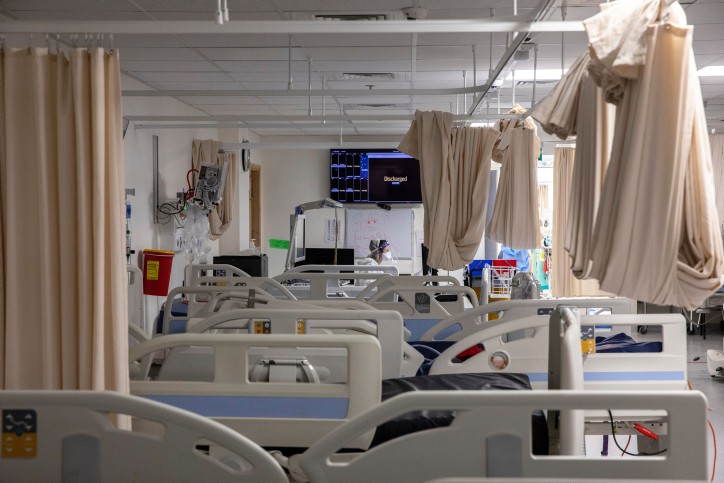 The coronavirus has been going away, but that doesn’t mean it can’t come back.

Despite the encouraging trend downward of Covid cases in recent weeks, Prof. Eran Segal, a senior researcher at the Weizmann Institute told The Times of Israel on Monday that the current level of inoculation is not high enough to protect the country in the future.

“I’m happy we beat the fourth wave without lockdown, and that’s very satisfying, but I’m concerned we’re leaving too many people who aren’t vaccinated or who don’t have a booster,” said Segal, a coronavirus statistician and computational biologist.00:00/00:55

On the other hand, other experts are more sanguine. For example, Nadav Katz, who does statistical modeling on COVID-19 at Hebrew University, said: “I think the glass is half full. Such a dynamic, namely partial compliance, is expected, and the booster drive actually went better than predicted by most.”

Of Israel’s population of around 9.3 million, there are currently some 7 million people who are eligible for vaccines. This is primarily due to a large population of under-12s, who are ineligible (though this may soon change for the 5-plus age group).

Segal argues that another intensive drive, like the one before the fourth wave, is indicated to prevent a fifth wave.

“We had 1.4 million unvaccinated at the start of the fourth wave. We then vaccinated 750,000, and the fact we could do this proves that we need to have done a better job at communicating the importance of vaccination so they would have vaccinated earlier. This is exactly what we need to communicate now,” he said.

Prime Minister Naftali Bennett announced on Monday: “We are currently exiting from the Delta wave. This morning, we have dropped below the 300 severe cases threshold.

He also said that the government is setting aside 10 billion shekels ($3.1 billion) to deal with a possible fifth wave that “could happen in another month, another six months, or not at all.”

Officials in the Finance Ministry warned during the fourth wave that another nationwide lockdown would not be feasible, as cash reserves had been depleted by payouts to Israelis in previous lockdowns.