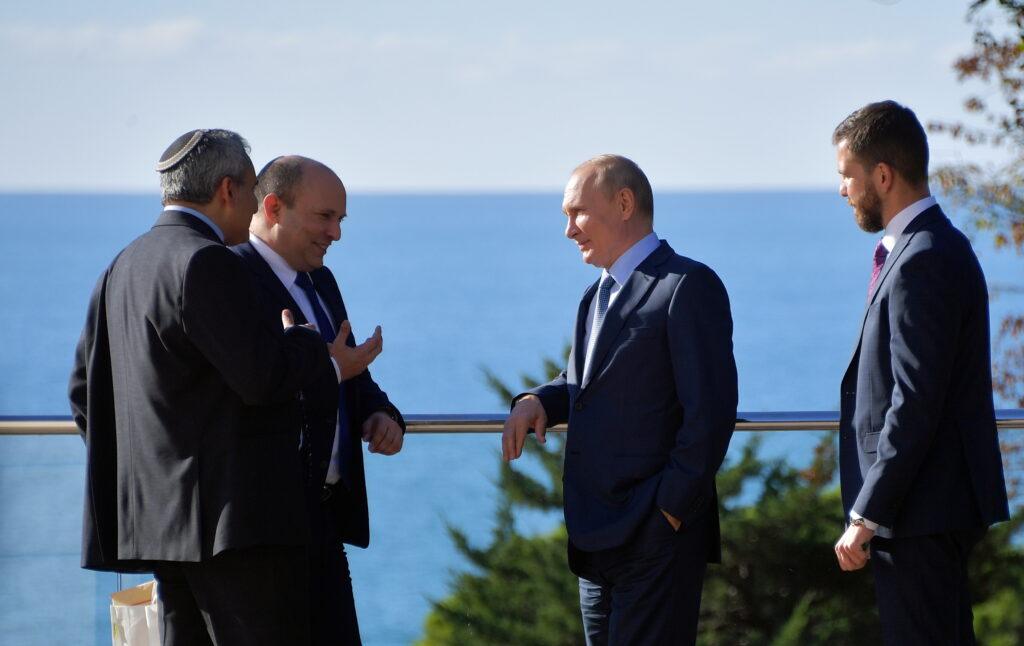 Russian President Vladimir Putin called Prime Minister Naftali Bennett on Motzoei Shabbos after the prime minister spent Shabbos in the resort city of Sochi following a meeting with the president the day before.

Putin thanked Bennett for their “good and in-depth meeting” and invited him and his wife on a visit to St. Petersburg at a later date. The prime minister accepted the invitation and thanked the Russian president for hosting him for talks that would “help foster ties between the two nations.”

Bennett originally planned to fly back to Israel before the beginning of Shabbos, but stayed in Sochi after the meeting with Putin ran long.

“The meeting was warm and positive and dealt with a series of issues of importance to the two nations,” the Prime Minister’s Office said in a statement after the meeting that lasted five hours.

Sources involved in the matter reported that Putin and Bennett agreed to expand their dialogue on the Iranian nuclear threat and the regime’s activity in Syria. According to sources, Moscow disapproved of Tehran’s nuclear progress and was concerned with its efforts to enrich uranium to a military level.

Housing Minister Ze’ev Elkin, who accompanied Bennett and acted as a translator, said the two leaders had an in-depth discussion on the Iranian nuclear threat, during which Bennett pointed out the shortcomings of the nuclear deal that the Biden administration was attempting to revive.

Elkin also said in a statement that the two leaders decided to “keep policies vis-à-vis Russia in place [regarding airstrikes] in Syrian territory.”

During a stroll on the residence porch after the meeting, Putin hailed Russian-Israeli ties as “unique” and said that “our dialogue, our relations rely on a very deep connection between our peoples.”

Bennett said talks between the two nations with regard to Syria and Iran will continue and “will be based on the deep connection between Israel and Russia. We consider you a true friend of the Jewish people.”

Friday’s meeting marked Bennett’s first official trip to Russia. Israeli officials traveling with Bennett to Sochi were wary of Putin’s interaction with an Israeli leader who is not Binyamin Netanyahu, with whom he had a close personal relationship.

Bennett spent Shabbos in Sochi without leaving his hotel due to insistence on behalf of the security personal. The local Chabad house delivered a sefer Torah for Bennett and Elkin – who is shomer Shabbos – who together with the rest of the delegation held tefillos.