Israel For the First Time: Gov’t to Fund the Reform Movement
Israel 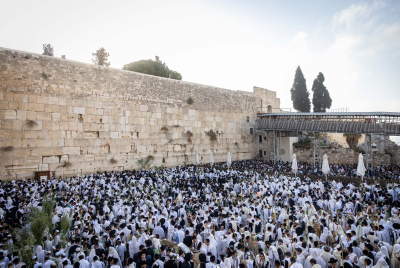 During Sunday morning’s Cabinet meeting and the ensuing discussions regarding the state budget, the question of funding for Reform and Conservative groups was raised and apparently settled.

When the new government was formed, among the new ministerial departments created was one named HaYahadut Hamitchadeshet (Up-to-date Judaism), within the framework of the Diaspora Affairs Ministry, and this new department is now being used to funnel a massive budget of NIS 40 million ($12 million) to Reform and Conservative groups, to fund their various projects.

The exact purpose of this funding was not made clear, although from past experience it is reasonable to suppose that it will be used to finance activities such as the monthly provocations held at the Kosel by the few dozen Women of the Wall provocateurs, now boosted in number and prestige by MK Gilad Kariv (Labor), the first-ever Reform MK.

This budget allocation is the first time that Reform groups have been officially financed by an Israeli government, and, according to the Liba Center, represents a new level of attack against traditional Yiddishkeit. The Liba Center, an organization whose aim is to preserve authentic Judaism in the public sphere, has been waging a battle against encroachments made by the Reform movement, by way of submitting petitions to Attorney-General Avichai Mandelblit and now also via the formation of a political front in the Knesset.