Community Fire in Store on Kings Highway; No Injuries
Community 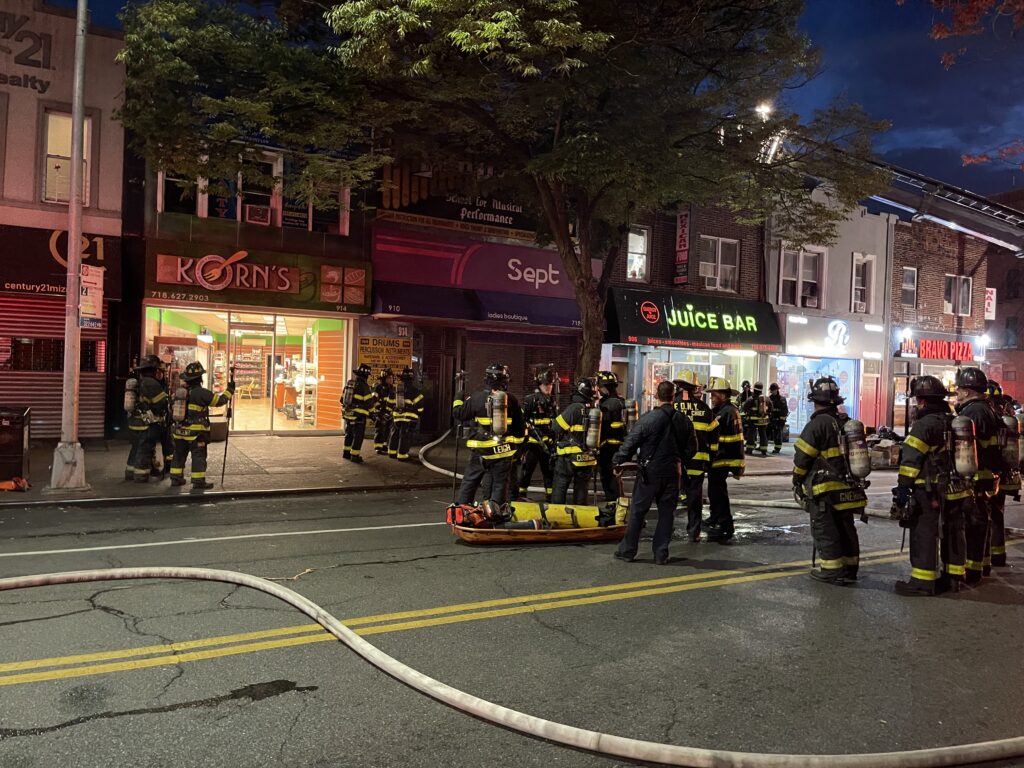 The FDNY responded to a call of a fire in a store on Kings Highway and was forced to cut through the gate in front of the store in order to gain access to the fire and extinguish the flames.

At 5:54 p.m., a call came in to the FDNY signaling a fire at 910 Kings Highway between East 9th Street and East 10th Street at SEPT, a ladies boutique which occupies the first floor of the two-story building. The FDNY responded with at least ten pieces of fire-fighting equipment. Sept was closed at the time, and although the adjoining stores, a Korn’s Bakery outlet and  Juice Bar were open, the FDNY could not get access without cutting through the gate at Sept.

There were no reports of injuries or of anyone being inside the store at the time.

Since there were some remaining pockets of smoke, the FDNY spent quite some time at the site to ascertain that there was no longer any residual heat or sparks which could rekindle the flames. The fire was declared extinguished shortly before 7:00 p.m.