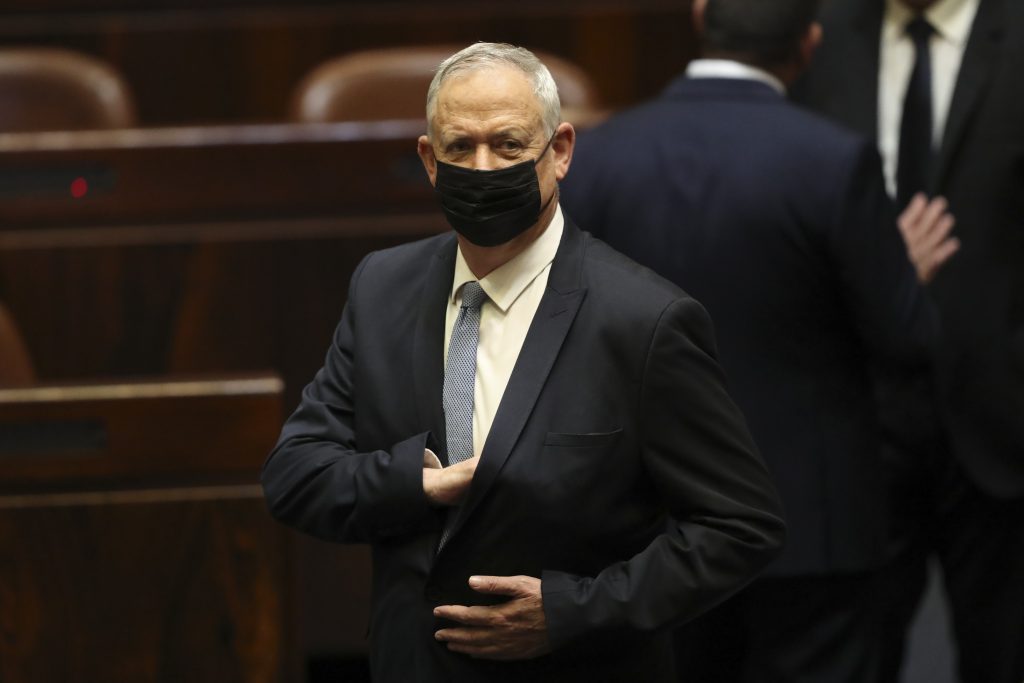 “The process was not done properly,” one source told Israel Hayom. “Had the Defense Ministry prepared the administration, there would be no conflict, as there is enough evidence that these organizations are indeed terror groups that have nothing to do with human rights.”

Gantz made the announcement on Friday saying the six groups operated as an arm for the Popular Front for the Liberation of Palestine (PFLP). The PFLP is considered by several countries to be a terror organization, including the United States and the European Union.

Later in the day, State Department Spokesperson Ned Price criticized Israel for failing to provide an advance warning that the Palestinian groups would be blacklisted and said Washington would seek an explanation.

However, officials in Israel insist that both the Biden administration and the European Union – both of whom have funded the Palestinian groups in the past – were briefed on the decision before it was announced.

One source told Israel Hayom that the Foreign Ministry invested great efforts to update the governments. He also added that Gantz “knows full well how important are the ties with the United States, which he has fostered in the past two years and which have led to unprecedented security cooperation.”

Over the weekend, the matter led to infighting within the coalition.

“It is highly problematic to define civil society organizations as terror groups,” Nitzan Horowitz, the leader of the Meretz party, said. “The matter must be examined carefully because it has implications on human rights and democracy. The defense establishment must present its findings and clear evidence to the public.”

Similarly, Labor MK Naama Lazimi said “unless intelligence led to the declaration of the Palestinian human rights organizations as terror groups, the move is serious and certainly puzzling for a sovereign state that should not only not flinch away from human rights groups,” but should support them.

In response, Blue and White MK Yael Ron Ben-Moshe lambasted Lazimi saying her comments were uncalled for, seeing that it was “an investigation by the Shin Bet and the Defense and Justice ministries that found that certain organizations aid terrorism, engage in terrorism and its senior officials are arrested for terrorist activity.”

“Defense Minister Benny Gantz’s is an important move that is based on solid intelligence from the Shin Bet and [the IDF] General Staff,” she said. “For years, these organizations disguised themselves as “human rights” groups that actually aid terror activities by the PFLP and fuel support for the BDS [movement]. Many countries have funded these organizations and it is good that they are putting an end to it.”

The six designated groups are Al-Haq, a human rights group founded in 1979, as well as the Addameer rights group, Defense for Children International-Palestine, the Bisan Center for Research and Development, the Union of Palestinian Women’s Committees, and the Union of Agricultural Work Committees.