Israel Bennett: Ties With Russia Are a Pillar of Israeli Foreign Policy
Israel 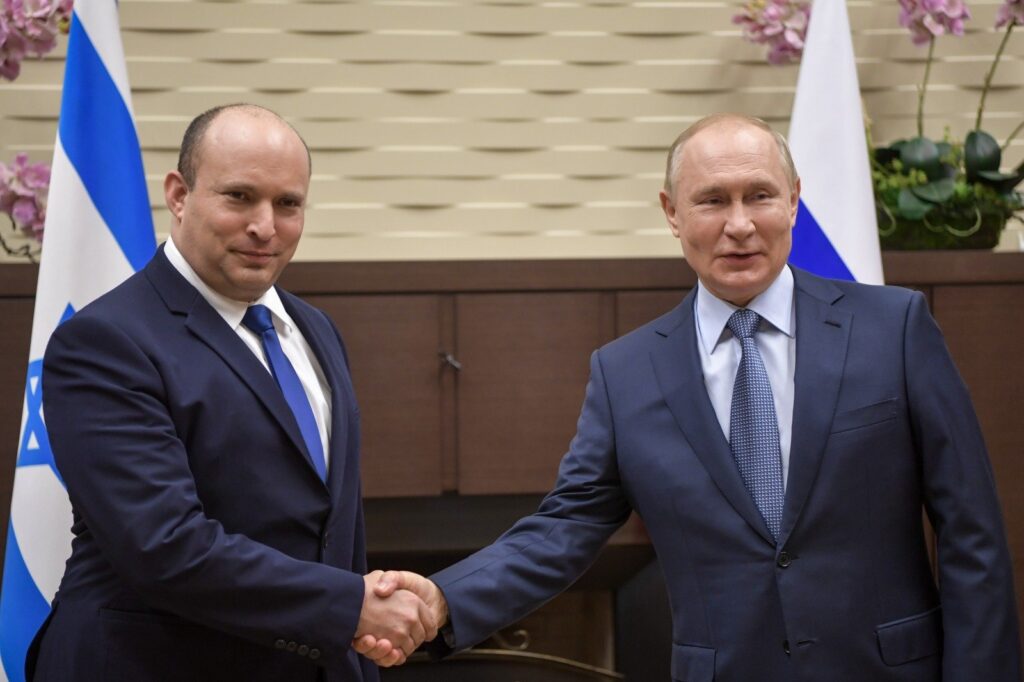 Prime Minister Naftali Bennett landed in Russia early Friday morning and met with Russian President Vladimir Putin later in the day at his residency in the resort city of Sochi.

Speaking to reporters before taking off on his first official trip to Moscow, Bennett said, “Ties between Russia and Israel are a significant pillar of Israeli foreign policy due to Moscow’s special regional position and international status and also because there are a million Russian speakers in Israel who act as a bridge between the two countries.”

The Prime Minister added that in general, Israel’s foreign policy was “improving significantly.”

During his meeting with Putin, Bennett discussed Iran, Syria, and other regional issues. The two were also expected to talk about “security and economic issues involving both countries.”

Accompanying Bennett is Minister Ze’ev Elkin, who is in charge of Israeli policy on Russia and Ukraine, and as a native Russian speaker will act as an interpreter between the two leaders. He was entrusted with the same task by former Prime Minister Binyamin Netanyahu during his trips to Moscow.

Bennett’s visit will last no longer than several hours, after which he is expected to fly back to Israel before the start of Shabbos.

Besides discussing Iran’s nuclear advancements and regional aggression, Bennett’s main agenda is to preserve the relationship his predecessor built with Russia and which has greatly benefited Israel.

As Israel begins to reopen its borders to vaccinated tourists, the two leaders are also expected to discuss ways Russian tourists could enter Israel. Based on World Health Organization guidelines, Israel does not currently recognize the Russian Sputnik V coronavirus vaccine.