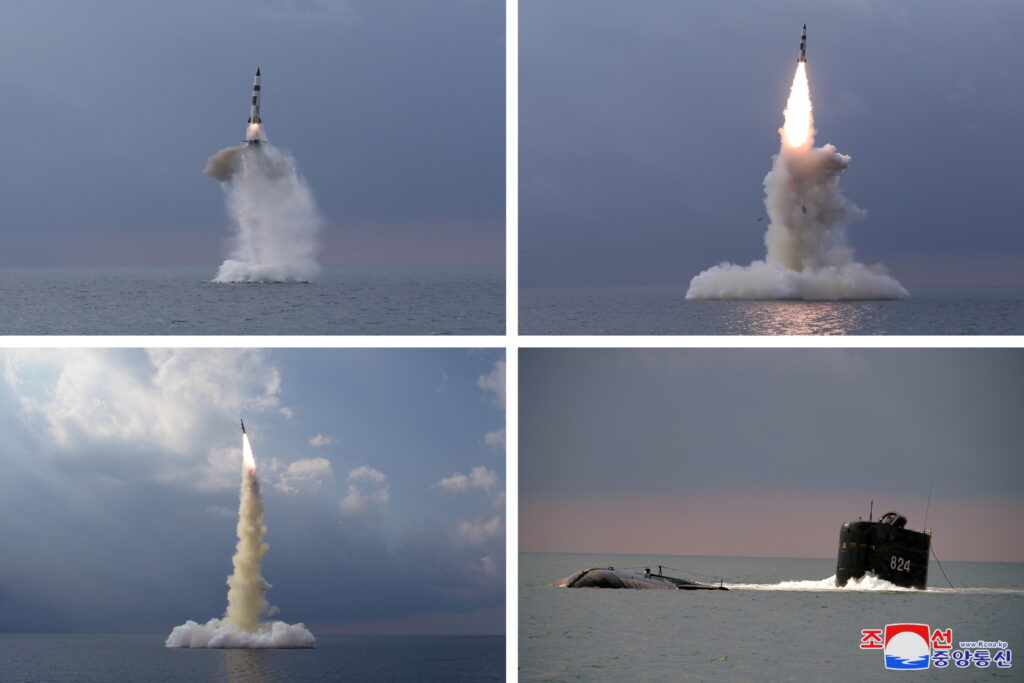 North Korea said on Thursday the United States was overreacting to its recent missile test and questioned the sincerity of Washington’s offers of talks, after a U.S. envoy repeated an offer to meet without preconditions.

Pyongyang has said in recent weeks that its weapons tests are aimed at boosting its defense capabilities just as other countries do, accusing the United States, South Korea and the United Nations of adopting a hostile policy and “double standards” towards it.

North Korea on Tuesday test-fired a new ballistic missile from a submarine, pushing ahead with military activities in the face of diplomatic pressure and international sanctions over its nuclear and missile programs.

The U.S. ambassador to the United Nations, Linda Thomas-Greenfield, urged Pyongyang to comply with U.N. sanctions banning nuclear and missile tests and accept offers of talks, reiterating that Washington has no hostile intent toward it.

“It is time to engage in sustained and substantive dialogue toward the goal of complete denuclearization of the Korean Peninsula,” Thomas-Greenfield told reporters ahead of a U.N. Security Council meeting over the North’s latest missile test.

“We have offered to meet the DPRK officials, without any preconditions, and we have made clear that we hold no hostile intent toward the DPRK,” Thomas-Greenfield said, using the initials of the Democratic People’s Republic of Korea, its official name.

Her comments echoed offers by the top U.S. nuclear envoy Sung Kim to meet with the North’s officials without preconditions and repeated statements that Washington harbored no hostile intent towards Pyongyang.

Kim was expected to visit Seoul on Friday for talks with his South Korean counterpart, Yonhap news agency reported on Thursday.

North Korea‘s statement by an unnamed Foreign Ministry spokesperson came just after Thomas-Greenfield’s comments, saying Tuesday’s missile test was part of normal activity to carry out its mid- and long-term defense plan and was not aimed at the United States or any other country.

“To criticize the DPRK for developing and test-firing the same weapon system as the one the U.S. possesses or is developing is a clear expression of double standards,” the spokesperson said in a statement carried by KCNA.

The spokesperson said Washington had nonetheless taken “very provocative moves” by calling for a gathering of the U.N. Security Council. The Security Council met on Wednesday following a request from the United States.

“It only excites our suspicion about the ‘authenticity’ of its statement that it does not [want to] antagonize the DPRK.”

Any wrong behavior by the United States and the council could lead to “more serious consequences,” the spokesperson said, warning against “tampering with a dangerous time bomb.”