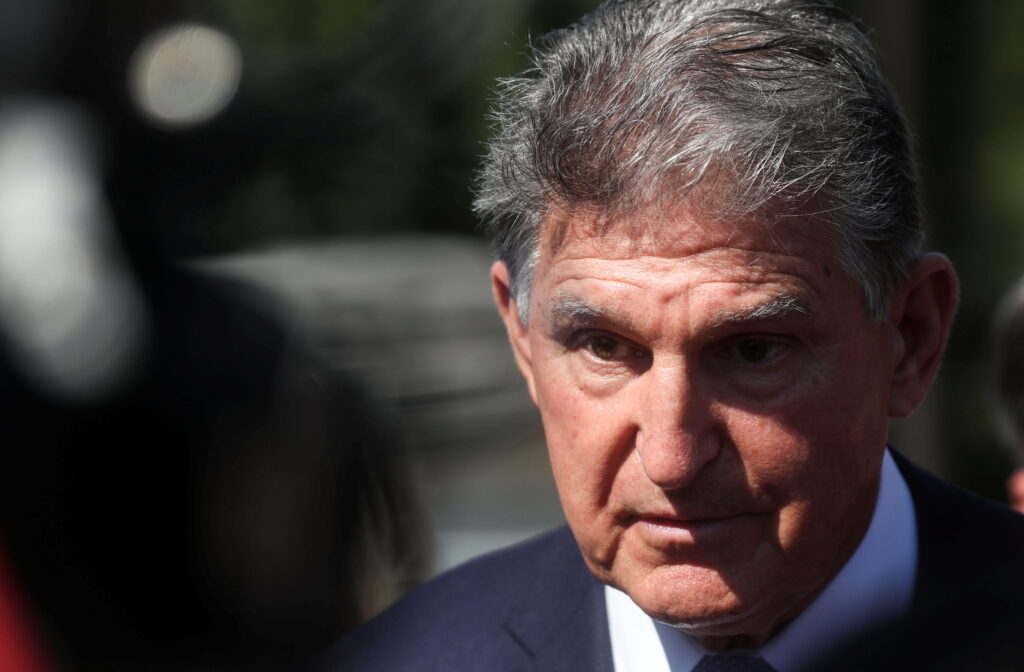 Senator Joe Manchin said on Thursday that Democrats in Congress are not going to reach an agreement “anytime soon” on the broad outlines of President Joe Biden’s ambitious expansion of social programs.

The warning from the key centrist lawmaker indicated that Democrats are still not close to agreeing on the size and contents of Biden’s spending package.

“This is not going to happen anytime soon,” Manchin told reporters.

Democrats have spent months arguing about the size and scope of what was initially proposed as a $3.5 trillion plan to expand the social safety net and fight climate change, which Democratic leaders have agreed this week will be cut to well below $2 trillion.

Manchin – who along with fellow moderate Senator Kyrsten Sinema has been pushing for a smaller package – had said earlier he believed Democratic negotiators could settle on a final figure by Friday. That would resolve a key sticking point, although progressives and moderates would still have to sort out the substance of the bill, including what programs to keep, what to cut, and how long to fund them.

Fellow Democratic Senator Ben Cardin said he expected Democrats would agree on a total price tag within the next few days, leaving lawmakers to fill in the details.

“I think they’ve got to stay in over the weekend to try to get this resolved,” he said.

Biden told lawmakers on Tuesday he thought he could get Manchin and Sinema to agree to a figure in the range of $1.75 trillion to $1.9 trillion, according to a source familiar with the talks, who spoke on condition of anonymity.

Getting to that number would mean giving up priorities, including a plan to offer all Americans the opportunity to attend two years of free community college, and scaling back others such as a child tax credit and funds for affordable housing.

Disagreements over the scale of the bill have held up Biden’s domestic agenda, with progressives in the House of Representatives refusing to vote for a $1 trillion infrastructure bill already passed by the Senate until a deal is reached on social programs and climate change.

Taxes remain a sticking point as well. Sinema has told the White House she will not support Biden’s proposed rate increases for corporations and wealthy individuals. The White House told some Democrats this week that the corporate tax hikes may be dead.

A Sinema aide rejected media reports she does not want to give the government authority to negotiate lower drug prices, which has been a Democratic priority for decades.

“As part of her direct negotiations over the reconciliation package, she is carefully reviewing various proposals around this issue,” said the aide, who spoke on condition of anonymity.

House Speaker Nancy Pelosi said the final package could contain no tax rate increases at all.

She said her priority remained an agreement that could pass both the Senate and the House, where Democrats hold narrow majorities. Other details – like whether the package will include clean-energy incentives or a child tax credit – remain secondary as long as they get Biden’s approval, she said.

During a visit to his native Scranton, Pennsylvania, on Wednesday, Biden said the social spending legislation, plus the infrastructure bill, would create 2 million jobs a year for 20 years and not raise the deficit.