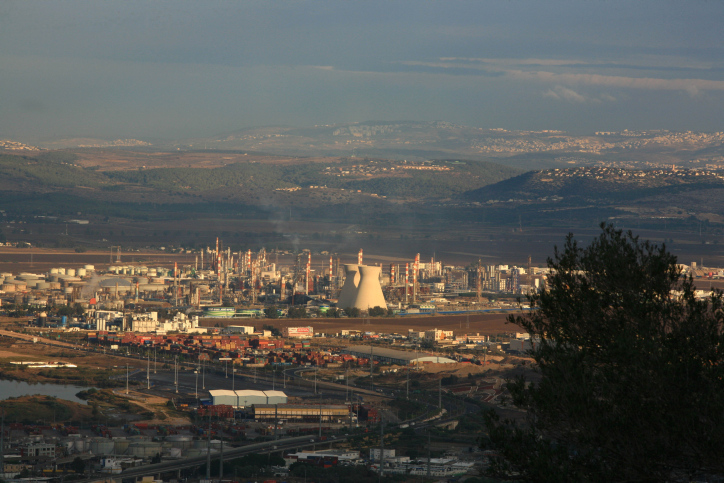 The Environmental Protection Ministry published its ninth top offenders report on Wednesday, listing companies with the worst environmental impact on their surroundings or those that fail to comply with regulations, and marked Haifa’s Oil Refineries, Ltd., also known as the Bazan Group, as the top offender. The group operates the largest oil refinery in Israel in the Haifa Bay.

The Environmental Impact Index reviewed more than 120 factories, 49 publicly traded or state-owned companies that have industrial subsidiaries, and 700 gas stations on their compliance with environmental regulations, their performance and risk, and their impact on the environment. It included the ministry’s “red list” — the top 10 companies that accrued the most points for bad behavior during inspections carried out in 2019. The data is collected annually by the ministry, “as a result of its role as the environmental regulator that oversees the industry.”

In this current report, the ministry said it included data from 20 factories that were not included in previous indexes.

Points are awarded based on three factors: a company’s impact on the environment, lack of compliance with environmental laws and regulations, and environmental management and reporting.

The ministry noted that, over the course of 2019, it had noted a number of violations committed by Oil Refineries, Ltd., “mainly anomalies in air emissions of various pollutants, as well as violations concerning wastewater treatment and hazardous substances.”

Environmental Protection Minister Tamar Zandberg said in a statement Wednesday that the Environmental Impact Index “reveals to the general public and to investors in industrial companies the environmental risks inherent in them.”

“The index links the environmental risks to the entities responsible for them, and allows investors in companies — whether they are our pension funds, banks or the general public — to demand more investment in appropriate environmental management from those that operate them,” she added.