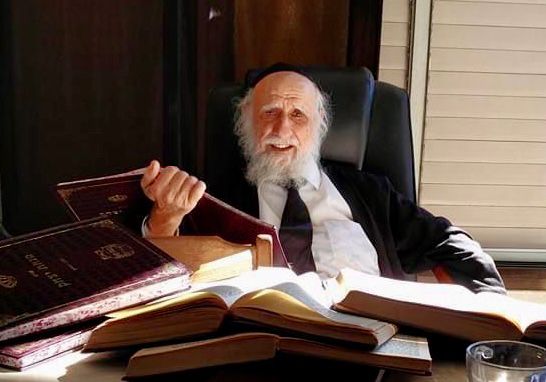 The Sephardi Torah world mourns the petirah of Harav Machlouf Fahima, zt”l, senior Rav of the North African communities in Israel and head of the Torah V’Chessed mosdos in Bnei Brak, who was niftar at the age of 87.

Harav Fahima underwent a complicated operation a few weeks ago, but unfortunately, the operation did not succeed and his condition deteriorated. He was hospitalized in serious condition in Bnei Brak’s Mayanei Hayeshua Hospital, where he was niftar.

Harav Fahima was born in Morocco on 19 Kislev 5695/1934, to his father Harav Yaish and his mother Mrs. Rachel, z”l. He learned in the Em Habanim mosdos in Casablanca until the age of 14, and then traveled to London to learn in Yeshivas Toras Emes headed by Harav Moshe Schneider, zt”l.

He later returned to Morocco where he served as Rosh Yeshivah of Yeshivas Etz Chaim in Tangier. He later moved to Israel where he settled in Bnei Brak, and was drawn close to the Chazon Ish, zt”l – whose yahrtzeit is the same day of the petirah of Harav Fahima. He was also very close with the Rosh Yeshivah, Harav Elazar Menachem Shach, zt”l.

In Bnei Brak, he headed the Ohr HaTorah yeshivah and established the Torah V’Chessed community and institutions in the city.

Harav Fahima served as the Rav of the North African communities in Israel.

The levayah of Harav Fahima was held Thursday afternoon to the Ponevez cemetery in Bnei Brak.