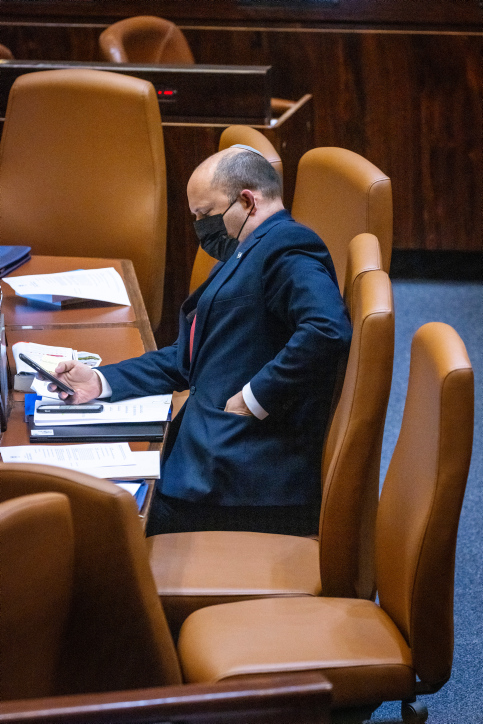 Two members of Knesset have asked for security measures to protect their privacy after series of incidents in which reporters took pictures of MKs engaged in extra-parliamentary activities in the plenum, The Times of Israel reported on Wednesday.

In recent weeks, MKs have been caught reading books, playing on their phones, and watching sports events during debates and official ceremonies. One MK was photographed shopping for shoes via her phone.

“Over the past few weeks, we have witnessed an improper phenomenon repeating itself again and again, where members of Knesset are photographed without their knowledge while they are in the Knesset plenum,” complained Labor MK Emilie Moatti and Religious Zionism MK Ofir Sofer in a letter to Speaker Mickey Levy.

“The private interests of members of Knesset and ministers — as well as issues in their field of work that are sometimes related to issues of national security and classified issues — must remain in their sole possession unless they choose to disclose them,” they said.

However, sources in Levy’s office told Walla that he has no intention of changing the rules by which journalists and photographers cover the Knesset, “and members of Knesset should internalize the fact that the plenum is being filmed, exposed, and is fully open to the public.”