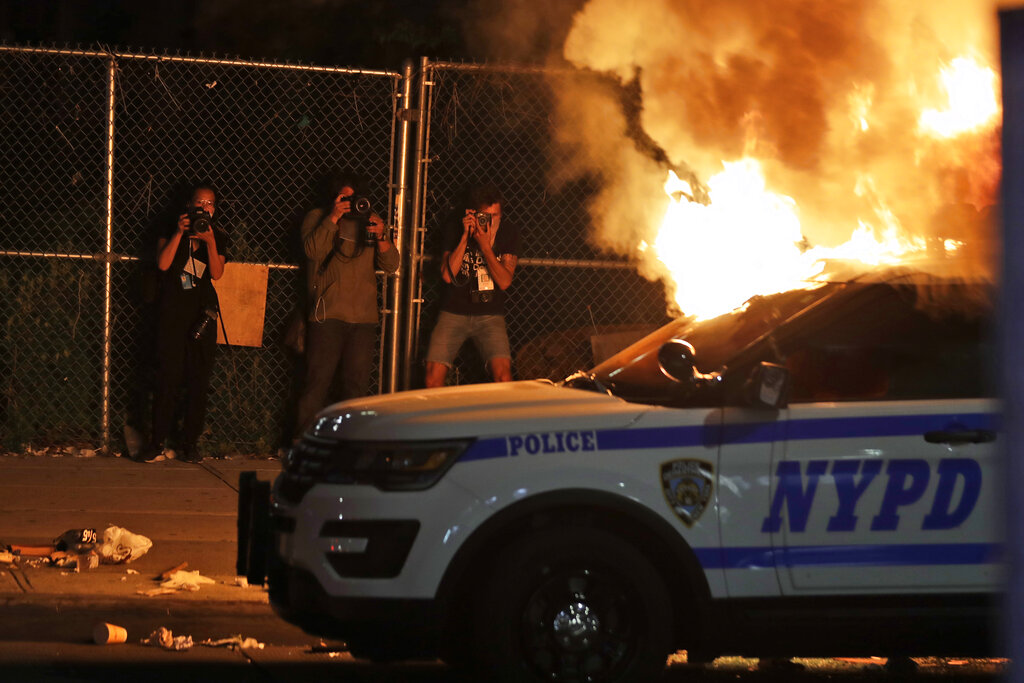 A pair of activist lawyers pleaded guilty Wednesday to charges they torched an empty New York City police vehicle last year amid the unrest over the police killing of George Floyd.

Urooj Rahman, 32, and Colinford Mattis, 34, could get up to 10 years in prison at sentencing next year on a charge of possessing or making a destructive device. They had faced a mandatory-minimum sentence of 45 years in prison if convicted at trial on seven counts, including six that will be dropped as a result of the plea.

Messages were left Wednesday with lawyers for Mattis and Rahman. Along with a prison term, both could be disbarred.

Federal prosecutors in Brooklyn had accused Rahman of throwing a bottle containing gasoline into an empty police vehicle, trying to distribute Molotov cocktails to other people and then fleeing in a minivan driven by Mattis. The prosecution has drawn criticism from some members of the legal community who claimed it was a case of overkill driven by the Trump Administration’s heavy-handed approach to protests over police killings of young Black men like Floyd.

In 2020, dozens of former federal prosecutors had urged the court in a written brief to reject the government’s efforts to keep the attorneys behind bars as they awaited trial, calling it “contrary both to the law and to our collective decades of experience.” The two were ultimately released on bond under home confinement.

Throughout, prosecutors insisted the threat was serious. They cited evidence on Wednesday alleging that hours before their arrests, Mattis and Rahman exchanged messages in which Rahman wrote about the Floyd protest across the nation, “I hope they burn everything down … Need to burn all the police stations down… probably all the courts too.”

Prosecutors say Rahman, while at protests in Brooklyn, sent text message updates to Mattis and others, saying “Throwing bottles and tear gas… lit some fires but were put out… fireworks goin and Molotovs rollin.”