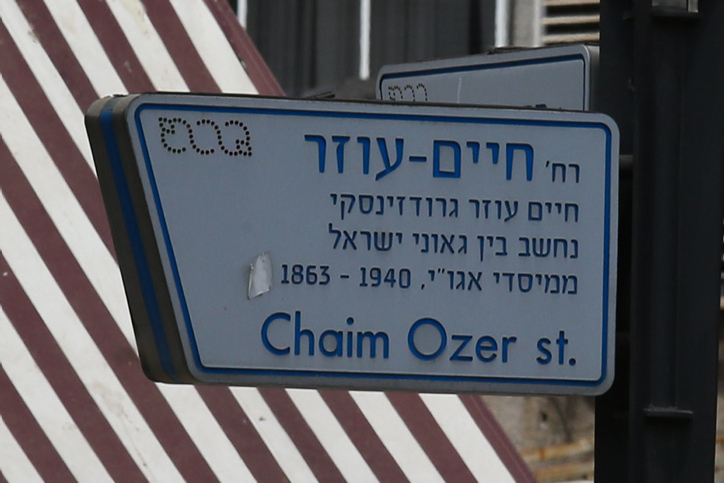 The Knesset on Wednesday finally decided to do something about Israeli street signs.

The plenum voted 33-0 to approve a preliminary reading of a bill to require correct, uniform spellings in English for street signs.

The bill is sponsored by Blue and White MK Eitan Ginzburg, a former mayor of Ra’anana, which has a large English-speaking population.

“This bill is simply intended to bring about order and bring about a uniform database of names, respect the languages and take a small step forward on the path to being an organized country,” Ginzburg explained.

It would put an end to such inconsistences as Galilay on some signs and Yam Kineret on others; decide between Jerusalem and Yerushalayim; and get the spelling straight of famous names like Theodor Herzl/Hertzel.

The 42-member Academy of the Hebrew Language would be entrusted with the authority to determine spelling, maintaining a database of names of cities and streets in Hebrew, English and Arabic, and publishing the list online regularly.

Local authorities will have five years to update and correct their signs, once the bill is passed into law.