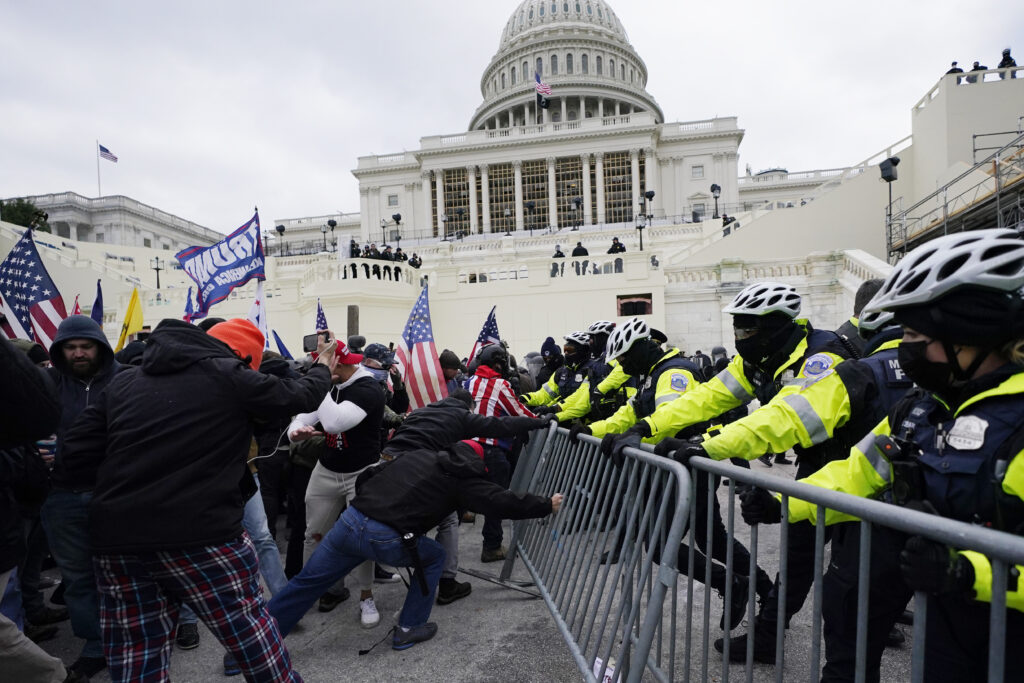 Trump has aggressively tried to block the committee’s work by directing Bannon and others not to answer questions in the probe. Trump has also filed a lawsuit to try to prevent Congress from obtaining former White House documents.

But lawmakers have made clear they will not back down as they gather facts and testimony about the attack involving Trump’s supporters that left dozens of police officers injured, sent lawmakers running for their lives and interrupted the certification of Joe Biden’s presidential election victory.

The Tuesday evening vote sends the contempt resolution to the full House, which is expected to vote on the measure Thursday. House approval would send the matter to the Justice Department, which would then decide whether to pursue criminal charges against Bannon.

The contempt resolution asserts that the former Trump aide has no legal standing to rebuff the committee — even as Trump’s lawyer has argued that Bannon should not disclose information because it is protected by the privilege of the former President’s office. The committee noted that Bannon, fired from his White House job in 2017, was a private citizen when he spoke to Trump ahead of the attack. And Trump has not asserted any such executive privilege claims to the panel itself, lawmakers said.

Bannon “appears to have had multiple roles relevant to this investigation, including his role in constructing and participating in the ‘stop the steal’ public relations effort that motivated the attack” and “his efforts to plan political and other activity in advance of January 6th,” the committee wrote in the resolution recommending contempt.

While Bannon has said he needs a court order before complying with his subpoena, former White House Chief of Staff Mark Meadows and former White House and Pentagon aide Kashyap Patel have been negotiating with the committee. The panel has also subpoenaed more than a dozen people who helped plan Trump rallies ahead of the siege, and some of them are already turning over documents and giving testimony.

Maryland Rep. Jamie Raskin said all the other witnesses who were subpoenaed are “either complying or acting in good faith as opposed to just blowing us off,” as Bannon has.

The committee is also conducting voluntary closed-door interviews with other witnesses who have come forward or immediately complied with their requests.

Still, there could be more contempt votes to come.

“I won’t go into details in terms of the back and forth, but I’ll just say our patience is not infinite,” said Illinois Rep. Adam Kinzinger, one of the panel’s two Republicans, about some of the witness negotiations.

The vote came a day after Trump sued the committee and the National Archives to fight the release of documents the committee has requested. Trump’s lawsuit, filed after Biden said he’d allow the documents’ release, claims that the panel’s August request was overly broad and a “vexatious, illegal fishing expedition.”

Trump’s suit seeks to invalidate the entirety of the congressional request, calling it overly broad, unduly burdensome and a challenge to separation of powers. It requests a court injunction to bar the archivist from producing the documents.

The Biden administration, in clearing the documents for release, said the violent siege of the Capitol more than nine months ago was such an extraordinary circumstance that it merited waiving the privilege that usually protects White House communications.