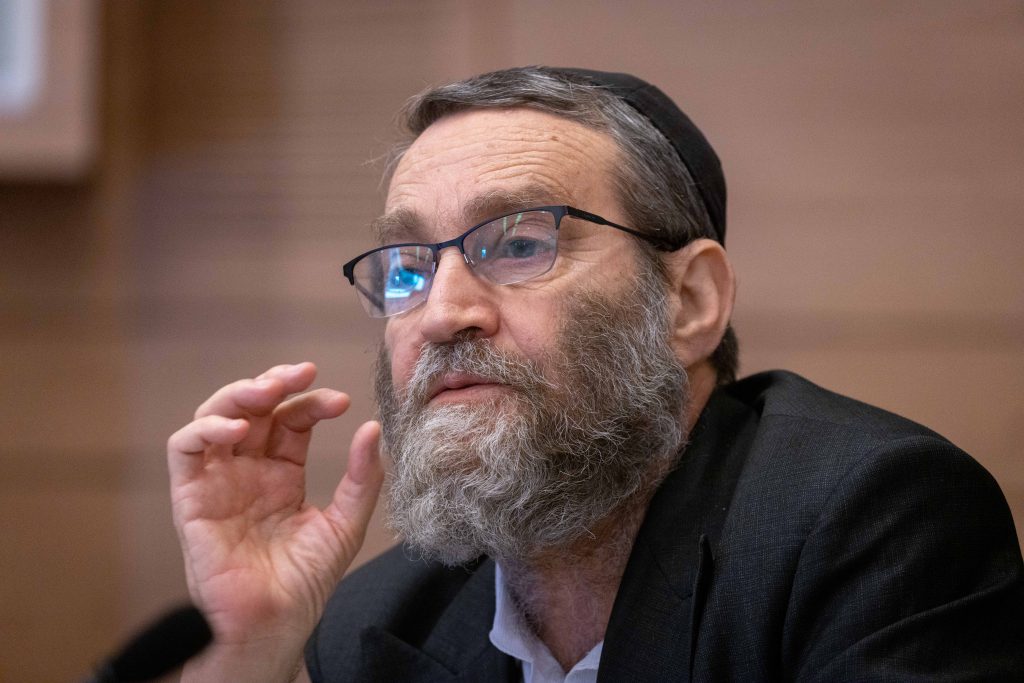 The Knesset plenum voted down on Wednesday a bill that would guarantee the fitting representation of chareidim in the public service and on the boards of government companies.

The legislation was introduced by MK Rabbi Moshe Gafni (United Torah Judaism faction). Rabbi Gafni, who chaired the Finance Committee in recent years, said, “During one of our meetings, I was told that the chareridi public was not discriminated against, but just recently the 500-member team of directors [of government companies] was published, and there was not even one chareidi on the list.

”This law does not call for giving preference to someone who is less skilled, but to those who are just as skilled,” he continued. “This law is not what will make the change, but it does make a statement that if there are chareidim who want to work, we will treat them equally.”

Rabbi Gafni said before the vote: “I understand that the Prime Minister [Naftali Bennett] and Alternate Prime Minister [Yair Lapid] came especially to the plenum to support this important bill; there is no other reason because they were not here all day. After all, you supported this law in the previous term [in 2016] and you have probably come to support it now.”

Ultimately, both Bennett and Lapid voted against the bill, as did the other coalition members.

Opposition MKs shouted at the Prime Minister, “Go,” “Be ashamed,” after the vote, and Bennett was forced to get up and leave the plenum in disgrace.

Opposition members said that Bennett was offset by MK Aida Touma Suleiman (Joint List), and yet chose to come to the plenum to vote against this law. Bennett’s office said that “there are several laws that are supposed to come up during the day and Bennett is not offset for all of them – one of them was Gafni’s.”