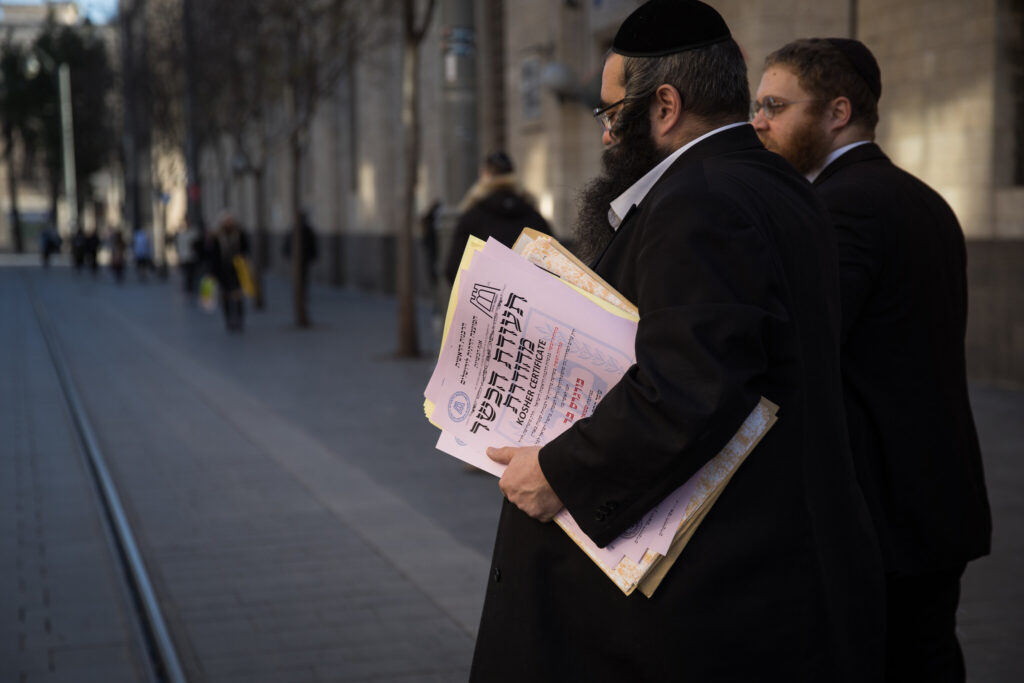 The kashrus reform spearheaded by Religious Services Minister Matan Kahana (Yamina) is set to do kosher businesses more harm than good, according to a presentation by the Finance Ministry this week, Israel Hayom reported.

Having reviewed the projected costs, officials said the legislation might not only not reduce kashrus certificate fees, but might even increase them by 20%.

The reform is meant to end the Chief Rabbinate’s long-held monopoly over the kashrus supervision industry and provide businesses with alternatives. If enacted, the measures will allow restaurants to be certified by independent corporations as well.

The Rabbinate and the chareidi community denounced the reform from the start, claiming it would “destroy” kashrus in Israel. They have also claimed that the legislation would not be financially beneficial to kosher business owners.

Religious councils – the executive branch of the Rabbinate – also stressed that the Finance Ministry failed to take into account the increase in costs expected to take place after corporations – which work for profit – become eligible to issue kashrus licenses.

In response to the criticism, sources in the Religious Services Ministry insisted that only a fraction of the businesses – those who carry a certificate by the Rabbinate alone – will be affected by the reform. The expenditures of the majority of businesses – that also carry a kashrus license by the more stringent kashrus authority – will not increase.

According to the Finance Ministry, 28% of kosher businesses in Israel are under the supervision of the Rabbinate alone.