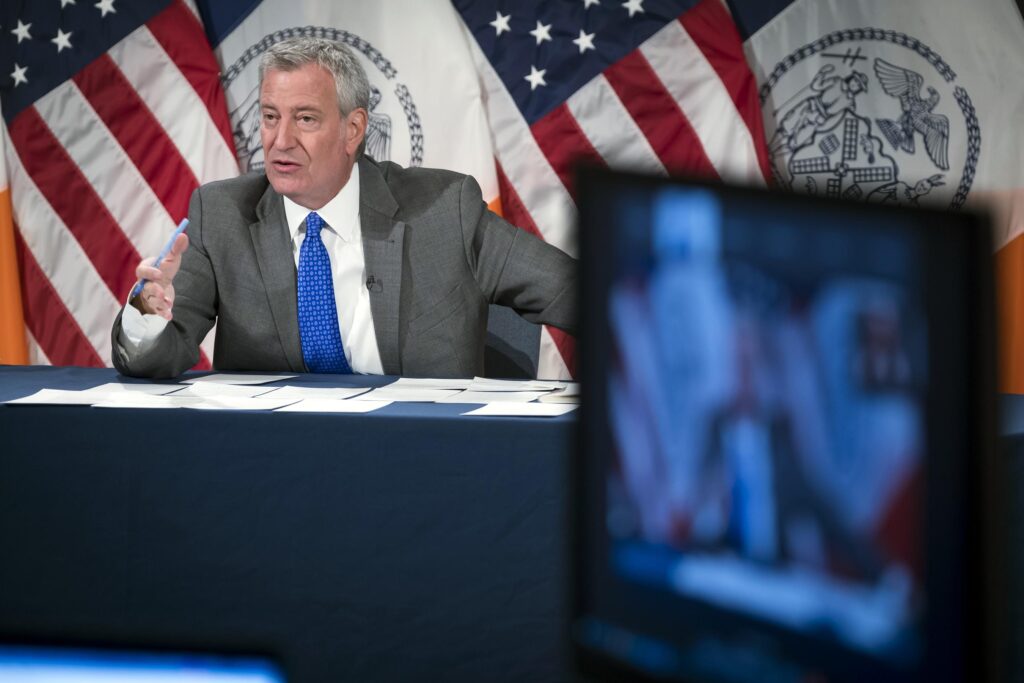 “We’re getting ready in anticipation of that,” de Blasio said at his press conference on Monday. “One of the things we’re focusing on is making sure in the days ahead that all of our vaccination sites are ready, that our people are ready, that our supplies are ready and that New Yorkers are informed.”

Currently, booster shots are available to Pfizer recipients who are six months after the second dose. More than 168,000 eligible New Yorkers have received a Pfizer booster. More than two-thirds of New Yorkers ages 12 and up are fully vaccinated.

The FDA and CDC both gave tentative approval to booster shots for Moderna and Johnson & Johnson last week, though the federal government has not yet granted formal approval.

The push to get people their booster shot will be focused firstly on “our seniors, those who are 65 years and older, as well as younger adults with underlying health conditions that put them at highest risk for severe outcomes,” Chokshi continued.

The FDA has suggested someone could receive a booster from a different brand than the one they were initially vaccinated with, but Chokshi said that as of now the city would not be mixing and matching vaccines.