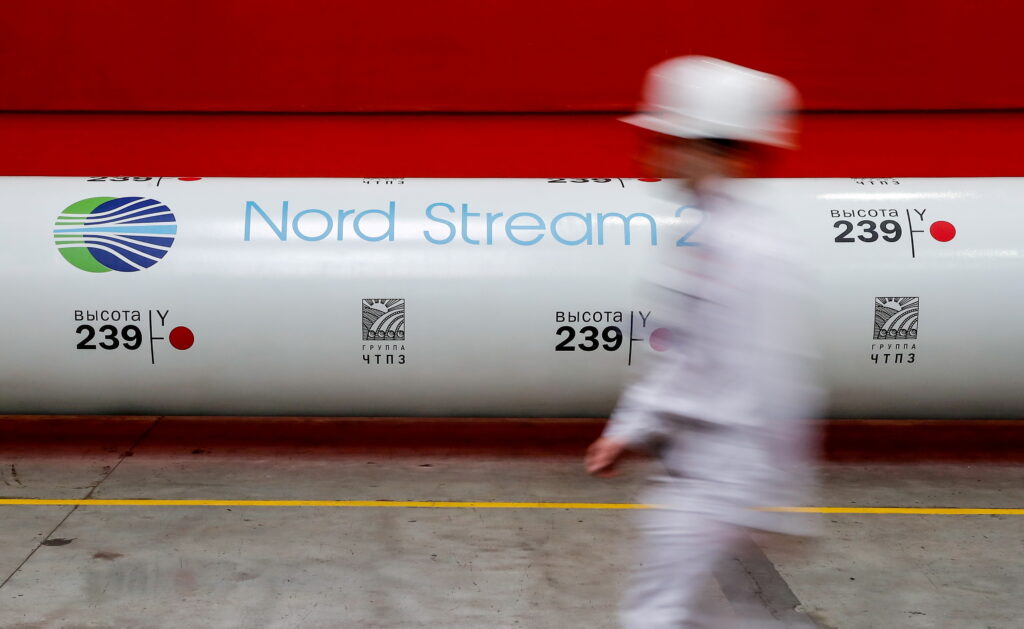 The operator of the Russia-led Nord Stream 2 gas pipeline on the bed of the Baltic Sea said the first of the project’s two lines has been filled with so-called technical gas, while still awaiting clearance to start sales to Europe.

Russia’s representative to the European Union urged the German authorities on Tuesday to certify the Nord Stream 2 gas pipeline ahead of the Feb. 8 deadline, the RIA news agency reported on Tuesday.

The pipeline, funded by Kremlin-owned energy giant Gazprom and its European partners, is expected to gain
certification from a German regulator to begin commercial sales of natural gas, though the approval process could take several months.

About 177 million cubic metres of technical gas, needed to maintain pressure in the pipeline for future gas sales, has been pumped into the pipeline, reaching a pressure of 103 bar.

“This pressure is sufficient to start gas transportation in future,” the pipeline’s Swiss-based operator said in a
statement.

Pre-commissioning steps for the second line are ongoing, it added.

The pipeline project has faced resistance from the United States, which says the pipeline will increase Europe’s reliance on Russian energy.

Russia has said Nord Stream 2, which is set to double Moscow’s annual gas export capacity in the Baltic to 110 billion cubic meters, could provide relief to the European gas market, which has been grappling with tight supplies and soaring prices.

Moscow says it has played no role in causing Europe’s surging gas prices, responding to accusations from the
International Energy Agency (IEA) and some members of the European Parliament that Russia had not done enough to increase supplies to Europe.