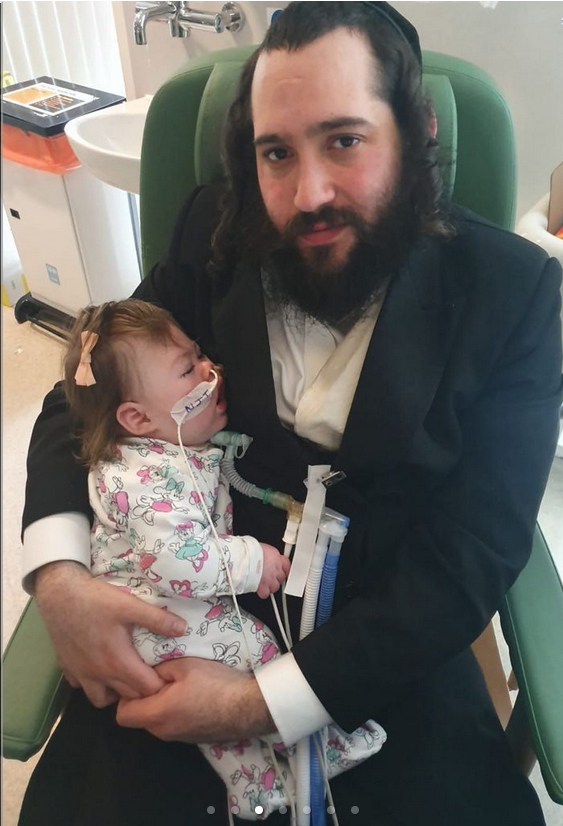 For months, Klal Yisrael davened and recited Tehillim on her behalf as her parents and devoted askanim fought an intensive, wide-ranging legal and diplomatic effort try to save her life. When the terrible news came out of Manchester, England, of the petirah of Alta Fixsler about 90 minutes after stone-hearted British hospital authorities disconnected her from life support, it pierced the collective heart of the Jewish nation and plunged us all into mourning.

During the last hours of her life, a minyan was gathered in her hospice room, singing songs of hisorerus as desperate tefillos continued for this precious, lofty neshamah whose plight had touched the lives of so many and had succeeded in uniting Am Yisrael.

As Torah Jews, we know that no tefillah is ever uttered in vain, but each one is heard in Shamayim and accomplishes a purpose — even if it does not produce the result we were so hoping for.

Only the Ribbono shel Olam can console her heartbroken parents, Avraham and Chaya Fixsler, who did all they possibly could to keep her alive. May He grant them the strength they need at this tragic time.

Throughout the protracted battle on her behalf, there were many heroic individuals in various countries who followed every lead and used every connection they had to intervene on Alta’s behalf. Here in the United States, they included Rabbi Moshe Dovid Niederman of UJO; Rabbi Chaim Dovid Zwiebel Mr. Sol Werdiger, and Rabbi Abba Cohen of Agudath Israel; Rabbi Moshe Margaretten of the Tzedek Association; Mr. Moshe Tress and Mrs. Chanie Jacobowitz of Lakewood; Mr. Pinny Kellner of Monroe, as well as organizations including the Aleph Institute.

U.S. Senate Majority Leader Charles Schumer (D-N.Y.) obtained a visa for Alta to travel to the U.S. for treatment — but the U.K. refused to allow her to leave. Schumer then personally appealed to U.K. Prime Minister Boris Johnson during a meeting in Washington. Seven Democratic senators including Schumer wrote a letter to the U.K. Ambassador, and 10 Republican senators, led by Sen. Marco Rubio (R-Fla.) signed a letter to President Joe Biden asking him to intervene.

At the same time, this devastating story is not without its share of villains.

The United Kingdom has no death penalty — even for those convicted of murder or treason. Yet in what will go down in the annals of history as a heartless act of cruelty, British doctors, acting under the auspices of the National Health Service, put to death an innocent little 2-year-old girl.

The Torah gives us clear rules of right and wrong.

Whatever the reasoning of the British authorities, it is precisely reason that is the problem. Human reason is limited and biased. Without Divine guidance, reason can even justify murder.

May Alta Fixsler, Hy”d, be a melitzas yosher for her family and for Klal Yisrael.