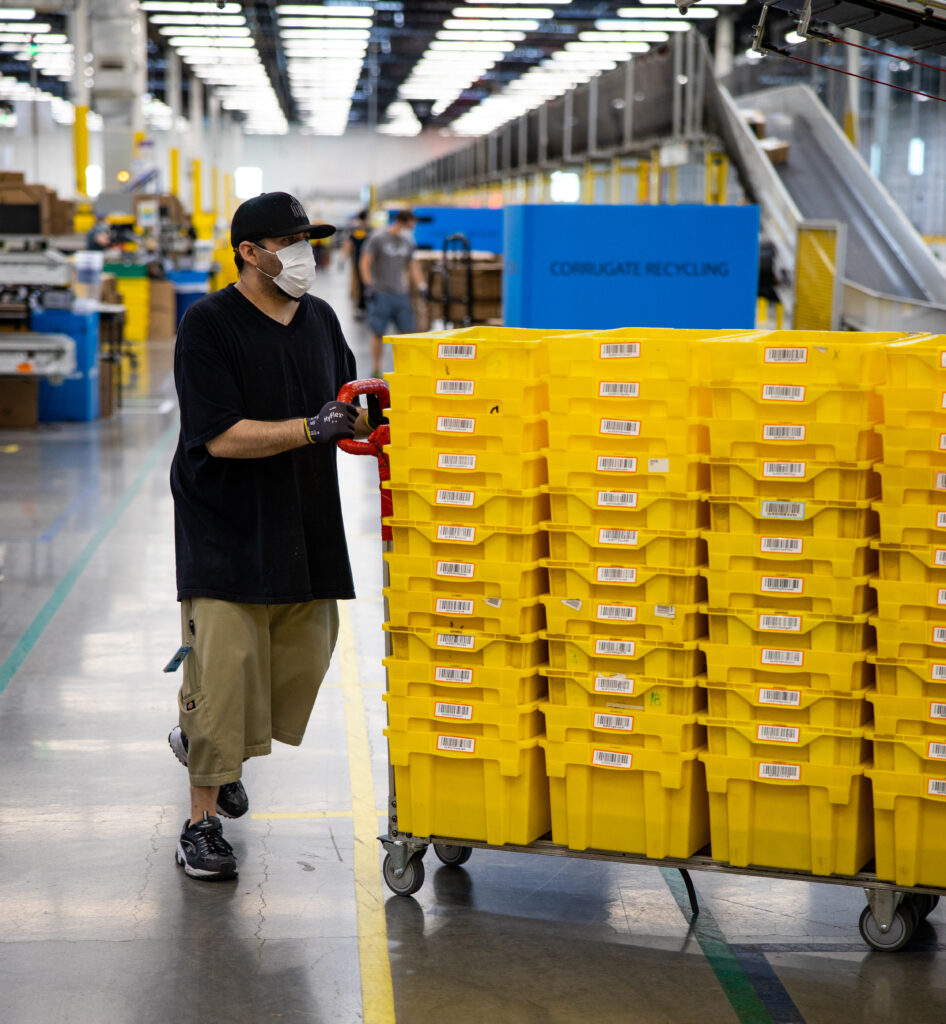 House lawmakers are threatening to seek a criminal investigation of Amazon, saying the tech giant has a “final chance” to correct its executives’ previous testimony on its competition practices.

The lawmakers sent a letter Monday to Amazon President and CEO Andy Jassy saying they were giving the company until Nov. 1 to “correct the record” and provide new documents and evidence. The missive marks an escalation in the bipartisan battle against Amazon by the House Judiciary Committee panel that has investigated the market dominance of Big Tech.

The letter says the antitrust subcommittee is considering referring the case to the Justice Department for criminal investigation. It accuses the world’s biggest online retailer of at least misleading Congress and possibly outright lying.

It cites recent media reports detailing Amazon’s alleged practice of undercutting the businesses that sell on its platform by making “knock-offs,” or very similar products, and boosting their presence on the site.

The reports directly contradict the sworn testimony of Amazon executives and other statements to Congress, the letter says. It was signed by Judiciary Committee Chairman Jerrold Nadler, D-N.Y., and the Democratic and Republican leaders of the antitrust panel.

“We strongly encourage you to make use of this opportunity to correct the record and provide the Committee with sworn, truthful and accurate responses to this request as we consider whether a referral of this matter to the Department of Justice for criminal investigation is appropriate,” the letter said.

Amazon denied that its executives had misled the panel in their testimony.

Amazon said it investigates any allegations of violations of its policies and takes “appropriate action” when warranted.

Amazon’s third-party marketplace, with independent merchants listing millions of their products on the site, is a huge part of the company’s business. It has about 2 million sellers on its marketplace, and Amazon has said that more than half the goods sold on Amazon.com come from third-party sellers. It also makes money by charging third-party sellers fees, bringing in tens of billions in revenue.

Already in a May 2020 letter to Bezos, the subcommittee threatened a subpoena if Bezos didn’t agree voluntarily to appear before the panel.

The Wall Street Journal reported then that Amazon used sensitive, confidential information about sellers on its marketplace, their products and transactions to develop its own competing products. An Amazon executive denied such a practice in statements at a subcommittee hearing in July 2019, saying the company has a formal policy against it.

The letter to Bezos said the statements by Amazon attorney Nate Sutton appeared to be misleading “and possibly criminally false” or constituting perjury.

Bezos testified on the issue in an appearance at a July 2020 hearing on Big Tech’s alleged monopolistic practices along with Facebook CEO Mark Zuckerberg, Apple CEO Tim Cook and Google CEO Sundar Pichai.

Addressing allegations that Amazon has used data generated by independent sellers on its platform to compete against them, Bezos at the time said it would be “unacceptable” if those claims were proven to be true.

The panel’s new letter to Jassy also cites the testimony by Sutton, who denied that the company used sellers’ data to compete with them or help create the company’s own private-brand products. Sutton said the site’s algorithms were “optimized to predict what customers want to buy regardless of the seller.”

One of the media reports cited in the letter quotes a former Amazon employee as saying: “I used to pull sellers’ data to look at what the best products were when I was there.”

The letter made clear that the committee believed the media reports and not the testimony of Amazon’s representatives. “Each of these investigative reports are inconsistent with the sworn testimony and numerous statements made by Amazon’s executives,” it said.

The District of Columbia sued Amazon in May in an antitrust action, accusing the company of anticompetitive practices in its treatment of sellers on its platform. The practices have raised prices for consumers and stifled innovation and choice in the online retail market, the lawsuit alleged.

The suit maintains that Amazon has fixed online retail prices through contract provisions that prevent merchants selling their products on Amazon.com from offering them at lower prices or on better terms on any other online platform, including their own websites. Amazon rejected the allegations.