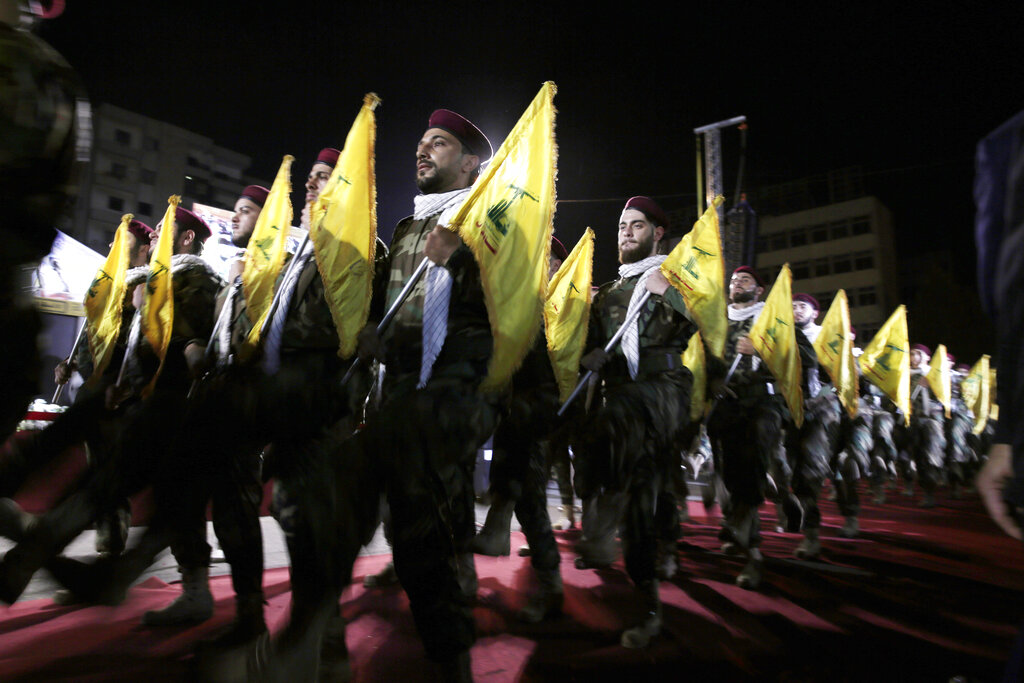 Lebanon’s Hezbollah leader declared for the first time on Monday that his group has 100,000 trained fighters.

His speech appeared to be meant as a deterrent to domestic foes following the nation’s worst internal violence in years.

Sayyed Hassan Nasrallah disclosed the size of the Shiite group’s military arm in his first speech since seven people were killed in gun battles in the streets of Beirut on Thursday — the worst street violence the city has seen in years. The confrontation erupted over a long-running probe into last year’s massive port blast in the city.

It is difficult to verify the 100,000 fighters figure as Hezbollah is largely secretive. If true, it would be larger than the size of Lebanon’s armed forces, estimated at about 85,000.

The speech came at a time of heightened tension in Lebanon over the clashes and the course of the investigation into the Aug. 4, 2020 blast in which over 215 people were killed.

“We have prepared (those fighters) with their diverse weapons to defend our territory, our oil and gas that is being robbed before the eyes of Lebanese, to protect the dignity and sovereignty of our country from any aggression (and) terrorism and not for internal fighting,” Nasrallah said.

In his speech, Nasrallah accused the head of a right-wing Christian party, Samir Geagea, of seeking to ignite civil war in the small country.

Addressing Geagea directly, Nasrallah said: “Don’t miscalculate. Be wise and behave. Learn a lesson from all your wars and all our wars.”

Hezbollah and its allies have been highly critical of Judge Tarek Bitar, who is in charge of the port blast investigation, accusing him of being selective and going after some officials and not others while seeking to politicize the probe. They asked that he be removed.

The clashes Thursday came as officials from Hezbollah have suggested the judge’s investigation is leaning toward holding them responsible for the port blast.

Bitar has been criticized by other political groups, too, after he summoned senior officials as part of the investigation, including former ministers and a former prime minister, and charged them with intentional negligence that led to the deaths of over 215 people.

The judge has not publicly commented or responded to the criticism.

Thursday’s clashes saw gunmen battling each other for several hours with automatic rifles and rocket-propelled grenades in the streets of Beirut. It was the most violent confrontation in the city in years, echoing the nation’s darkest era of the 1975-90 civil war.

Nasrallah accused Geagea of “manufacturing” Thursday’s clashes in the Tayuneh area of the city and described him as a criminal and a killer.

Nasrallah accused Geagea and his party of seeking to scare Lebanon’s Christians over Hezbollah’s intentions. He said that’s mostly to serve foreign countries that have also made the Shiite group an enemy, including the United States, Israel and some Gulf states.

Geagea is a close ally of Saudi Arabia, which is critical of Iran-backed Hezbollah.