Israel Bennett Meets With Ambassadors of the UAE and Bahrain
Israel 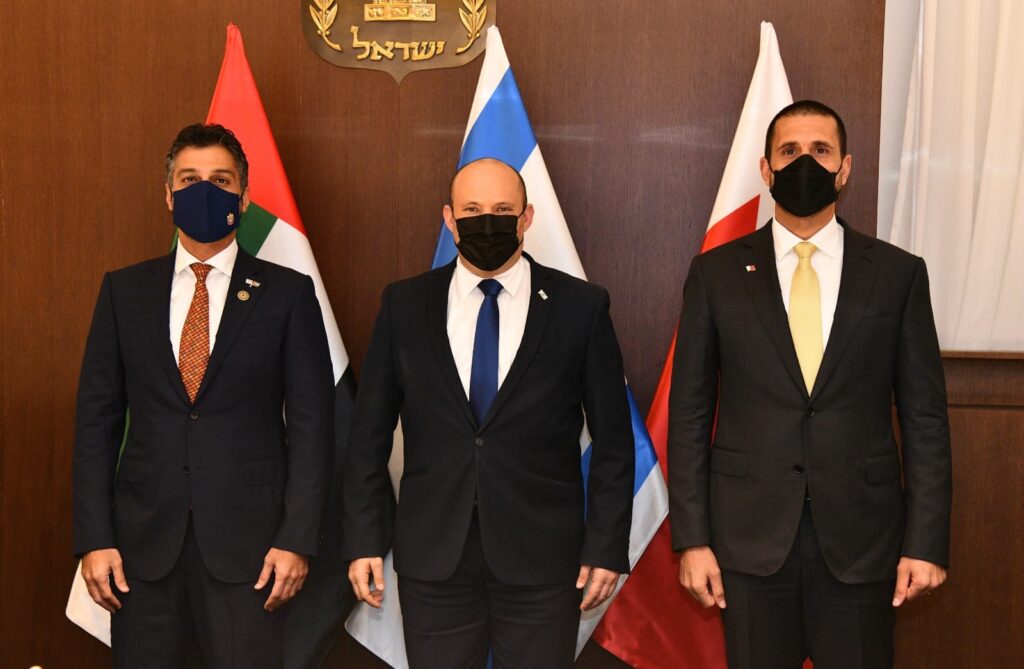 During the meeting, the Prime Minister and the Ambassadors discussed expanding ties between the countries, regional cooperation and strengthening the Abraham Accords.