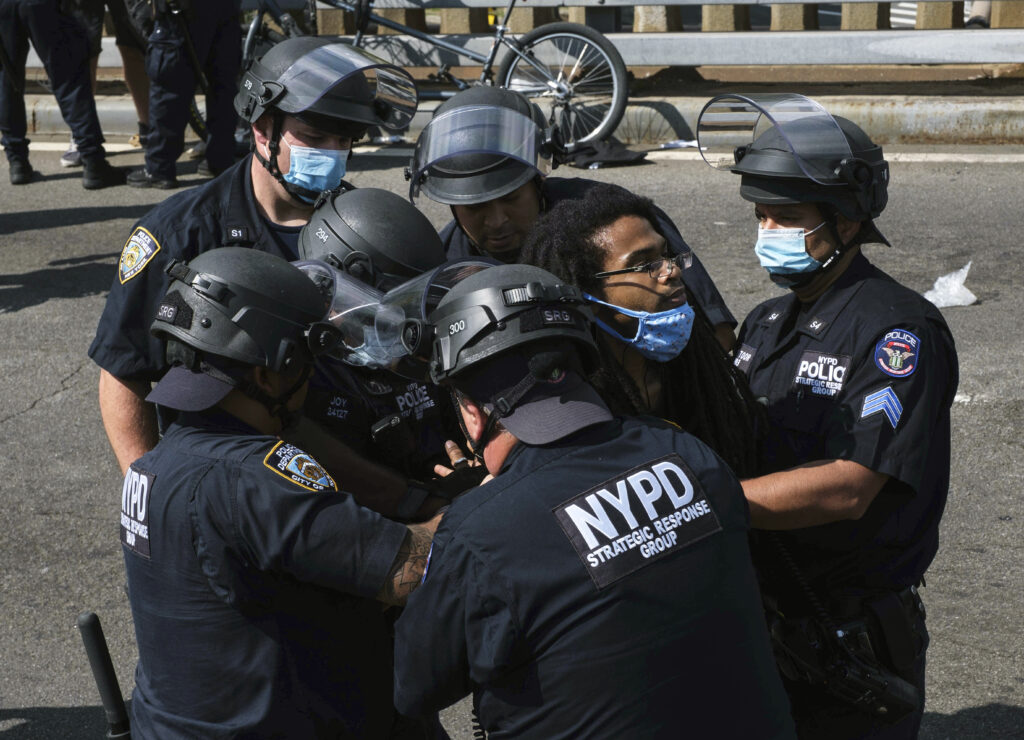 The Civilian Complain Review Board has recommended charges against 26 police officers for the actions they took during the 2020 protests over the death of George Floyd, bringing the total of officers facing discipline to 65.

Of the 313 complaints brought by the public, 210 have been closed. Around 100 investigations remain open.

“The APU is prepared to move forward with trials for the 37 officers who have received the highest level of disciplinary recommendations, as soon as the NYPD serves officers,” CCRB Chair Fred Davie said.

The complaints, with allegations of verbal harassment and unnecessary force, were lodged against officers, sergeants, litigants, captains, and a deputy chief, the New York Post reported.

The police watchdog said it could trace down 43 cops involved in complaints because the officers covered up their names, used another officer’s equipment, or handled their body cameras improperly.

The NYPD was criticized for “failure to follow proper protocols” and “incomplete and severely delayed paperwork” for the past 17 months of probes.

Police spokesman Sgt. Edward Riley told the Post, “Over the past fourteen months, the NYPD has assisted the CCRB in their investigations by providing hundreds of hours of body-worn-camera footage as well as thousands of pages of records.”

Patrick Lynch, the leader of the NYPD union, the Police Benevolent Association, said the probe was a political ploy.

“Once again, CCRB is carrying political water for Mayor de Blasio and others who are trying to wash away their own failures during last summer’s protests,” he said in a statement. “Police officers were sent out with no plan, no strategy and no support, into a dangerous environment created by politicians’ irresponsible rhetoric.”