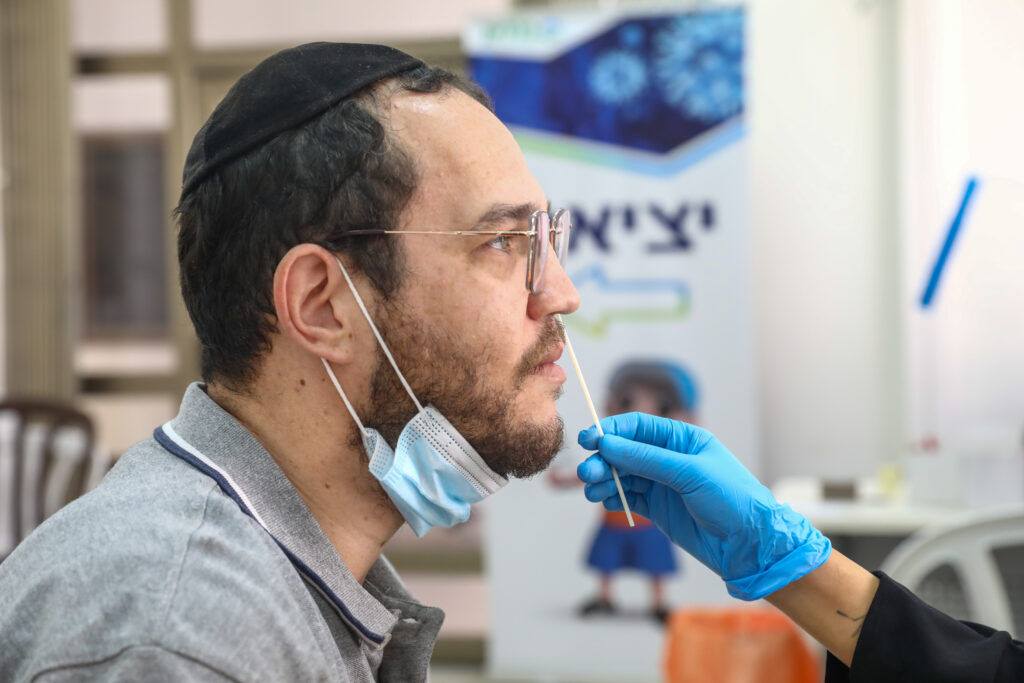 Almost one in three chareidim in Israel has been infected with the coronavirus, more than double the national average, according to a new study.

The Taub Center for Social Policy Studies in Israel, a nonpartisan think tank, found that from the start of the pandemic until September 2021, 13.7% of the Israeli population has been confirmed COVID positive.

The figure for the chareidi community, based on figures for the main population centers where chareidim are a majority, is 31%.

The figure comes despite strong take-up of vaccines among chareidi communities in recent months.

COVID stats expert Eran Segal, a computational biologist from the Weizmann Institute of Science, noted that the chareidi society has a high proportion of under-12s, who are not eligible for vaccines, and under-16s, who only became eligible in the summer, as well as larger families, which could help spread the disease among family members.