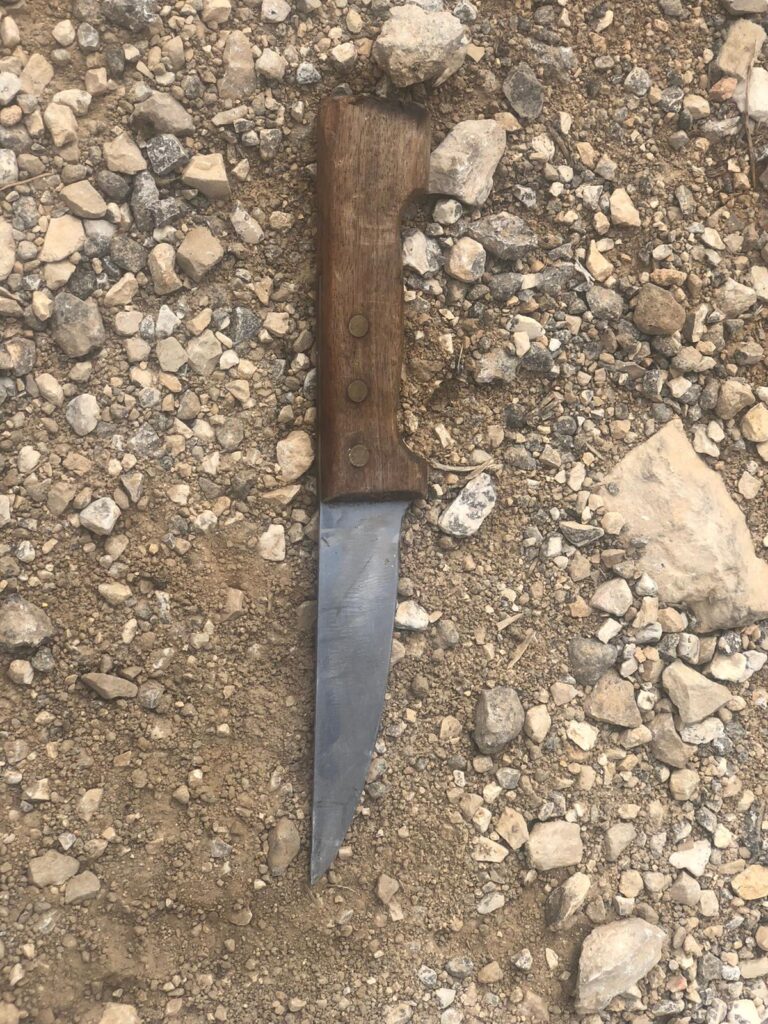 Border Police officers arrested a Palestinian woman armed with a knife as she approached an Israeli community on Monday afternoon, police said.

The suspect, a 37-year-old woman from the Palestinian village of Bayt Surik, was spotted by IDF soldiers monitoring security cameras as she walked up to a locked gate into the Har Adar community.

Border Police officers were quickly sent to the scene and called for the woman to halt, according to police.

“The officers made the arrest without the use of gunfire as the suspect threw away the knife from her hand,” police said.

She was taken into custody for further questioning.