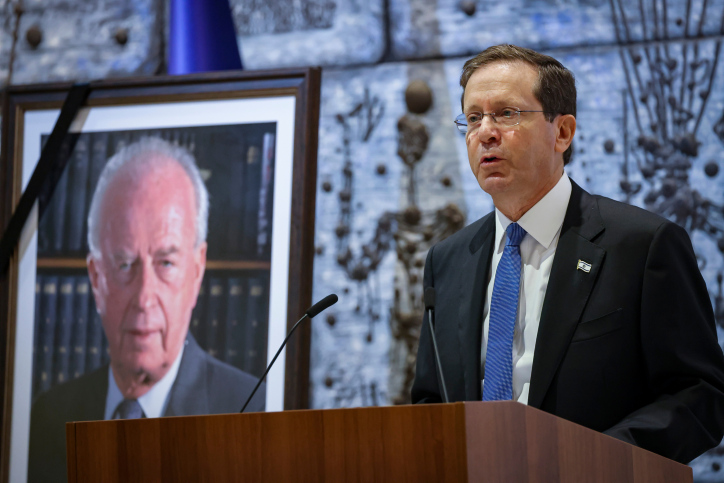 As Israel marked the 26th anniversary of Prime Minister Yitzchak Rabin’s assassination, his grandson, Yonatan Ben-Artzi, took the opportunity to lash out at opposition leader Binyamin  Netanyahu, who was unseated in July following the assembly of an unprecedented coalition of right-wing and left-wing parties.

“After many years of fear and paralysis, Israelis stood tall,” Ben-Artzi said, apparently referring to Netanyahu’s record term in office. “After fighting a war over Israel’s democratic character and for its freedom, the Israeli people won. And in the face of verbal and physical violence, in the face of authoritarianism and lies, the Israeli spirit won. The rule of the people prevailed over the rule of the individual.” The comments were made at a ceremony at the President’s Residence in Yerushalayim.

He further implied that the right wing, which was led by Netanyahu during the assassination and for the past 12 years, has tried to belittle the incitement against Rabin prior to the assassination. “For a quarter of a century, Israelis have been suffering from post-trauma that has been fueled by those who have taken great joy over this pain. It’s hard to believe that this day of remembrance has turned into a day in which people try to portray seemingly two parties that were engaged in incitement just in order to reap the rewards of the divisions.”

The Likud shot back, saying Prime Minister Naftali Bennett became prime minister by political maneuvers rather than by popular support. “The people’s rule won over the individual? Exactly the opposite. The individual [Bennett] deceived the people in order to grab power away from the people.”