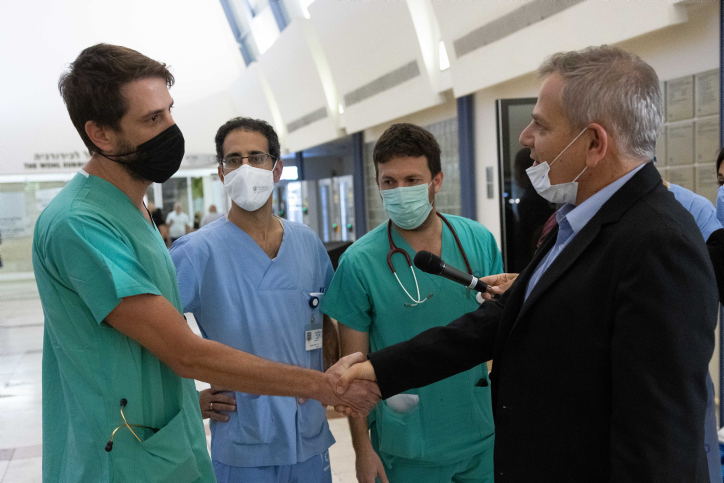 Faced with a job walkout by hundreds of medical interns, the Health Ministry on Monday night made a new counter-offer on the issue of work shifts, The Times of Israel reported.

Health Minister Nitzan Horowitz suggested that plans to shorten the 26-hour shifts could be accelerated.

The new proposal calls for shifts to be shortened in March from 26 to 18 hours at 10 hospitals in outlying areas. Shifts would then be cut at some departments in two yet-to-be determined hospitals in the center of the country, in November 2022.

In a third phase, work sessions will then be gradually reduced throughout the hospital system, with the end of 2025 the target date for completion of the program.

Mirsham, the group representing the interns, has not yet responded to the offer, which was presented only a short time ago in a press conference called by Horowitz.