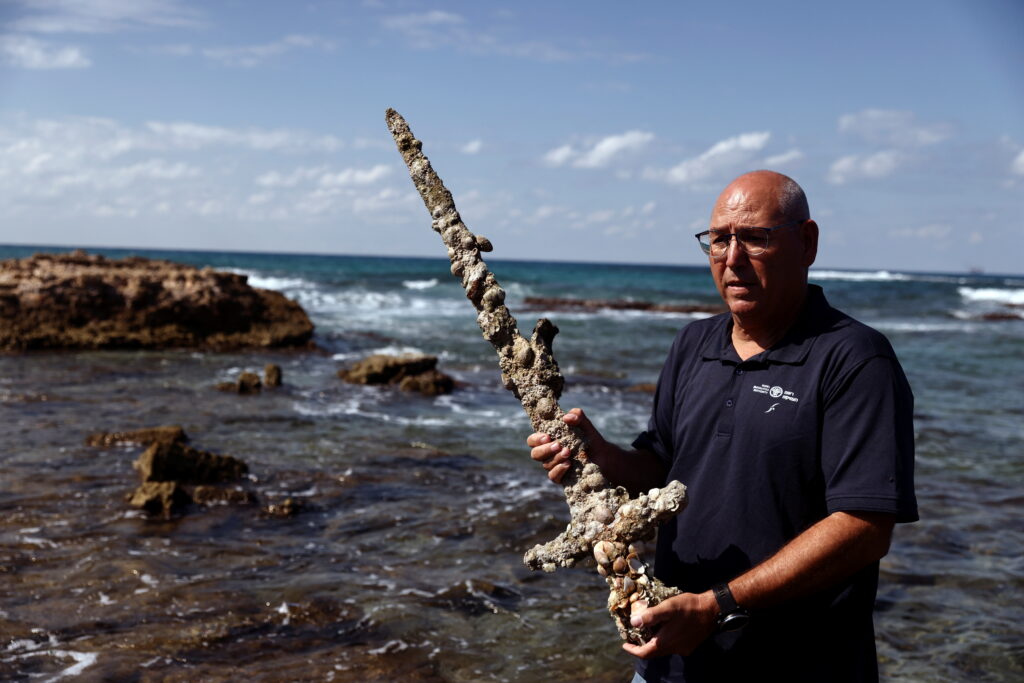 An Israeli man diving at the Carmel beach over the weekend discovered an ancient sword and other artifacts buried in sand beneath the water.

The diver, Shlomi Katzin, had noticed metal anchors after waves had shifted the sand and revealed the objects. He brought them to the surface and handed them over to the Israel Antiques Authority (IAI).

“The sword, which has been preserved in perfect condition, is a beautiful and rare find and evidently belonged to a Crusader knight,” said Nir Distelfeld, an inspector for the IAI.

“It is exciting to encounter such a personal object, taking you 900 years back in time to a different era, with knights, armor and swords.”

A meter long with a 30-centimeter hilt, the sword was encrusted with marine life and seashells and will have to be cleaned. It is likely made of metal, according to the antique experts. Once it has been it cleaned, it will be put on display for the public.

Kobi Sharvit, the director of the Israel Antiquities Authority’s Marine Archaeology Unit said that the Carmel coast, with its many coves, provided shelter for ships and traders throughout the centuries.

“These conditions have attracted merchant ships down the ages, leaving behind rich archaeological finds,” he said. “The recently recovered sword is just one such find.”