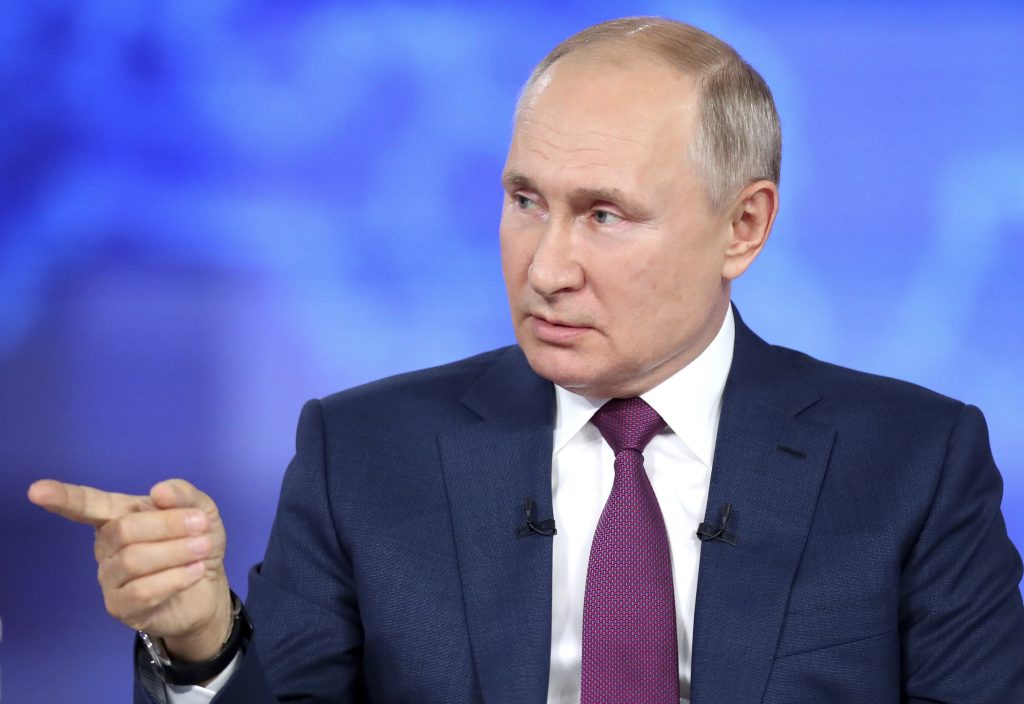 Prime Minister Naftali Bennett, who is set to depart for Moscow at the end of the week for an introductory meeting with Russian President Vladmir Putin, will ask to keep the Iranians away from Israel’s northern border and maintain Israel’s freedom of operations in the region, Yisrael Hayom reported.

Yerushalayim Affairs Minister Ze’ev Elkin is expected to join Bennett on his trip. Elkin, who served as a translator in former Prime Minister Binyamin Netanyahu’s meetings with Putin, is well-versed on the intricacies of the relationship and the agreements between the countries over the years.

From Bennett’s perspective, the objective of the meeting is to establish an interpersonal relationship with Putin. Practically speaking, however, the central issue will be Iran, or more precisely, its worrying attempts to establish itself and terrorist infrastructure in Syria. Evidence of this infrastructure was made evident over the weekend when, according to foreign reports, Israel assassinated Madhat al-Saleh, the man considered to be Beirut’s liaison to Tehran who had been hard at work establishing the necessary terrorist infrastructure to carry out attacks against Israel on the Golan Heights border.

Ever since 2015, Moscow has maintained an increased presence in Syria, making Russia something of a neighbor to Israel’s north. It’s no secret that Russia’s and Iran’s interests do not align in Syria. On the contrary, the two are competing for resources and control of the state. Israel has tried to use this dynamic to its advantage by ensuring Yerushalayim and Moscow’s interests in Syria converge with those of Russia.

With the exception of the downing of a Russian plane by Syrian anti-aircraft artillery fire targeting Israeli planes in September 2018, the Russians have stayed out of Israel’s military activity in Syria. The two countries even have a hotline in place to update one another on events in real-time.

Nevertheless, recent reports from Moscow indicate the Russians are unhappy with Israel’s actions in attacks attributed to it within the framework of this campaign. Security and diplomatic officials who are in direct and ongoing contact with the Russians, however, have clarified nothing has changed on the ground, and the Russians are continuing to allow Israel full freedom of operations in Syria.

Meanwhile, another central issue to be raised in Bennett’s talks with Putin will be Iran’s nuclear program. Against the background of reports from Lebanon, according to which Iran will return to the negotiating table, the defense system has expressed concerns Tehran is playing for time and making it more difficult to return to talks in Vienna toward the restoration of the 2015 nuclear deal.

When Joe Biden entered the White House in January 2020, Washington removed sanctions imposed by former President Donald Trump on Iran in an effort to return to the deal as quickly as possible. Given the fact that Iran is not currently committed to the accord, it has allowed itself to continue to enrich uranium to levels of 60% and more as well as advance additional components in its nuclear program.

The U.S. is far from pleased with the way things are going, and recently, the Israelis have been given the message that Washington may be interested in weighing additional sanctions on Iran. Israel, however, understands such sanctions are unlikely to be as meaningful as those imposed by the Trump administration as part of its “maximum pressure” campaign. Israeli officials have referred to this conduct as treading water, and as a result, are very concerned by Iran’s efforts to buy itself more time.