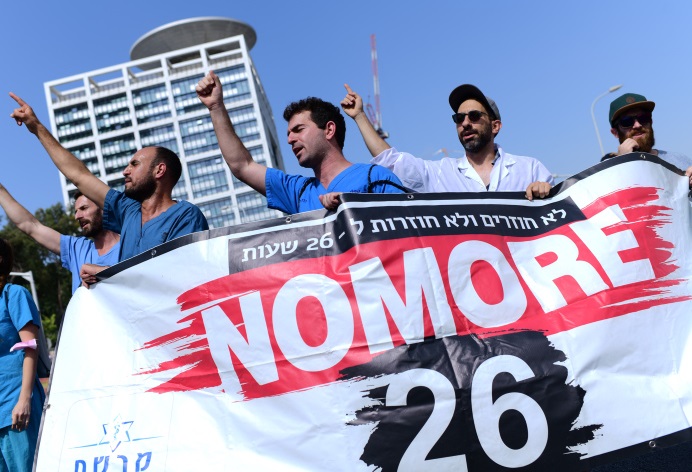 Hundreds of medical interns from across Israel handed in their letters of resignation on Monday.

The resignation is due to longstanding protests against the fact that they work 26-hour shifts, often without any break to rest or even eat or go to the bathroom for several hours, due to the immense overload in hospitals.

Discussions were held late Motzoei Shabbos in an effort to quash the threat of the large-scale resignation, which came into effect Sunday morning.

As the residents, most of whom are affiliated with the Mirsham union for medical residents, handed in their resignation letters last week, the Israeli Medical Association (IMA) also attempted to prevent the drastic measure in talks with Health Minister Nitzan Horowitz. Mirsham disbanded from the IMA, which has represented doctors in Israel since 1912, in order to become a voice for the young medical residents who often get overlooked in agreements between the Health and Finance Ministries.

The crisis has been brewing since at least late September, with the threat of resignations looming since the beginning of October.

On Oct. 17, medical students from all Israeli faculties marched in central Tel Aviv in support of hundreds of interns and residents who had already resigned their positions as part of the battle to shorten the length of hospital shifts.