Regional Adams Suggests He Would Mandate Vaccines for Students
CoronavirusRegional 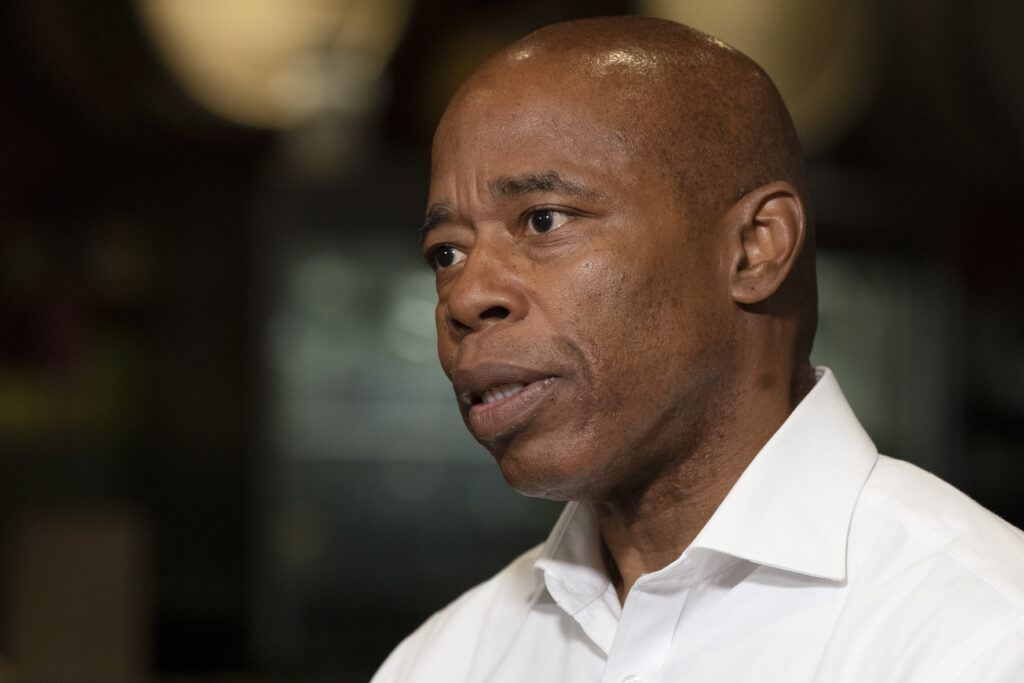 Democratic nominee for mayor Eric Adams suggested he would mandate coronavirus vaccines for school students, once they are approved.

Last Friday, during a radio interview, Adams contrasted himself with current mayor Bill de Blasio and said he would require vaccines for children.

“This is a city and country where we do vaccinate. I was vaccinated for smallpox, mumps, measles and so many others,” Adams told WCBS Newsradio 880. “We already have a system in place that states before you start school you receive your vaccination. It is to protect the child and the student population.

“So I say yes if its FDA approved, we should mandate it like we mandate with other vaccinations.”

The FDA is expected to approve the Pfizer and Moderna vaccines for children ages 5 to 11 in the coming weeks.

At a town hall on Monday with local community news media, Adams was asked by several reporters about his previous statement about a vaccine mandate for students. His response, that he would do so only after there was FDA and expert go-ahead, did not reassure the participants.

“What do you say to the people who think that the FDA made serious mistakes before and didn’t adjust their approval process?” asked one journalist.

Adams responded that he would rely on multiple health agencies and authorities to make the decision. He said he trusted their oversight, and the checks and balances on their research and decisions. He noted that many people were vaccinated after the FDA granted full approval because they found the administration to be reliable.

“Covid is a formidable opponent,” Adams said. “I’ve witness firsthand how it destroyed the lives of people…this is going to be around for a long time, and I want the children in school. I don’t want them home because we have a mass outbreak. It’s imperative we the match the science. I’m going to listen to the experts.”

He noted that polio, which sickened and paralyzed children, was eradicated from the United States after an extensive vaccine campaign among the public, including hundreds of thousands of children lined up to be vaccinated during school assemblies.

When pressed by a reporter that children were less vulnerable to Covid and if it was a sufficient “risk benefit analysis for kids,” Adams demurred that he was not a doctor or scientists and would be relying on a recommendation from experts.

“If they say that we should mandate it like we mandated polio, measles, and others, then we will mandate it. If they say it’s not necessary to do so, then we can evaluate that.”

When asked by a Hamodia reporter if he would expand the current vaccine mandate to more city employees, Adams noted that the city is still facing lawsuits from workers over its mandates.

“We’re going to look at what the mayor [Bill de Blasio] is doing now, if he’s going to expand the vaccine to all city employees, and then we’re going to evaluate it in January. That’s the first thing I’m going to do,” he said.

In a statement to Hamodia, Republican candidate for mayor Curtis Sliwa said he would not push a school vaccine mandate. “If students and teachers are not vaccinated (because of health, religious reasons, or other reasons), they can take weekly or biweekly tests for the virus,” he said.  “The children need to stay in school. We need teachers and students in class.”