The emotionally disturbed woman suspected of setting a fire outside Yeshiva of Flatbush on Thursday evening has been arrested, Commissioner Dermot Shea announced Sunday, during a visit to the yeshiva.

The arsonist had poured a flammable liquid on the sidewalk near the school building on Avenue J at East 17th Street on Thursday evening and set it aflame. A security guard quickly doused the flames and called the police. The suspect, Sharee Jones, 39, of Flatbush, had recently been seen on video walking with a megaphone on Flatbush Avenue, shouting threats against Jews.

Jones was taken into custody Sunday morning, hospitalized and underwent a psychiatric evaluation, before being charged with reckless endangerment as a hate crime and fifth-degree arson.

Commissioner Shea visited the yeshiva on Sunday afternoon — a visit he said was scheduled prior to the woman’s being detained Sunday morning — along and other NYPD officials including Chief Michael Kemper of Patrol Borough Brooklyn South; Inspector David Wall, commanding officer of the 70th precinct; and Deputy Inspector Richie Taylor of Community Affairs. After the visit to the yeshiva, the police officials walked with community leaders down Avenue J, and ate lunch at Pizza Time. 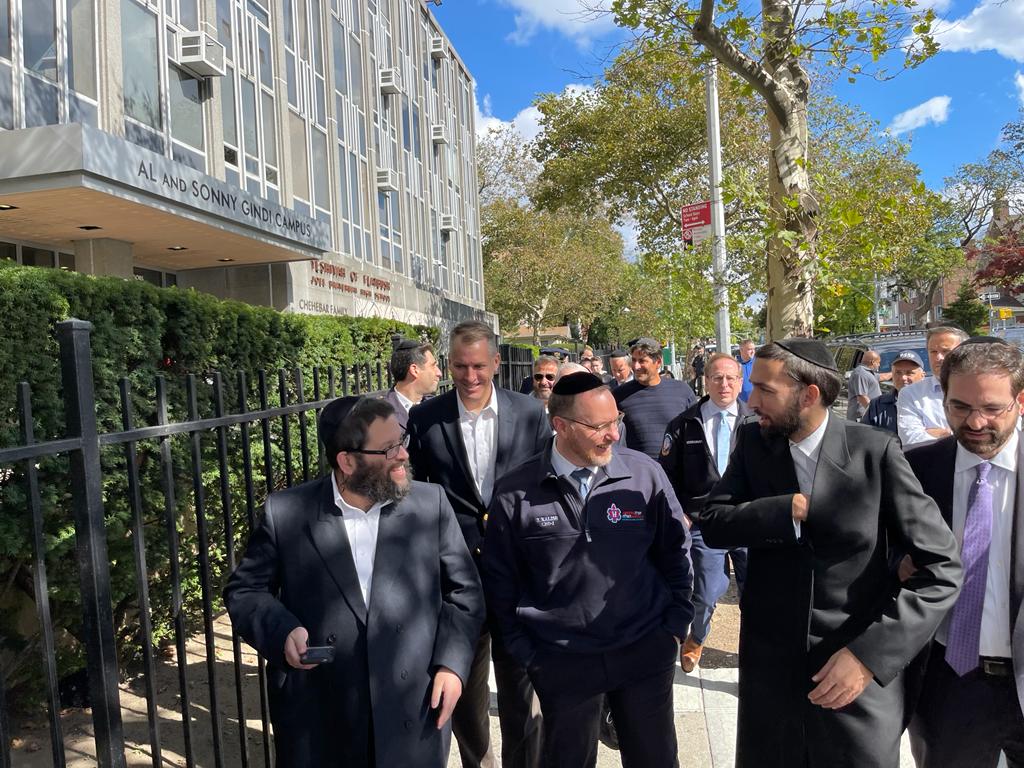 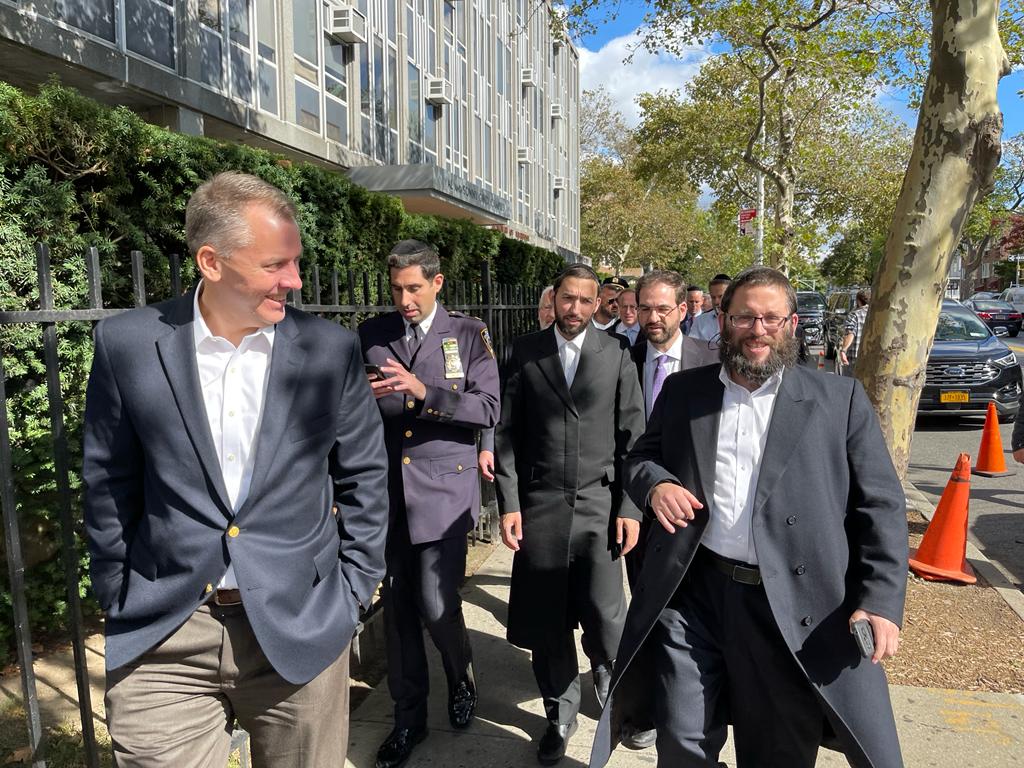 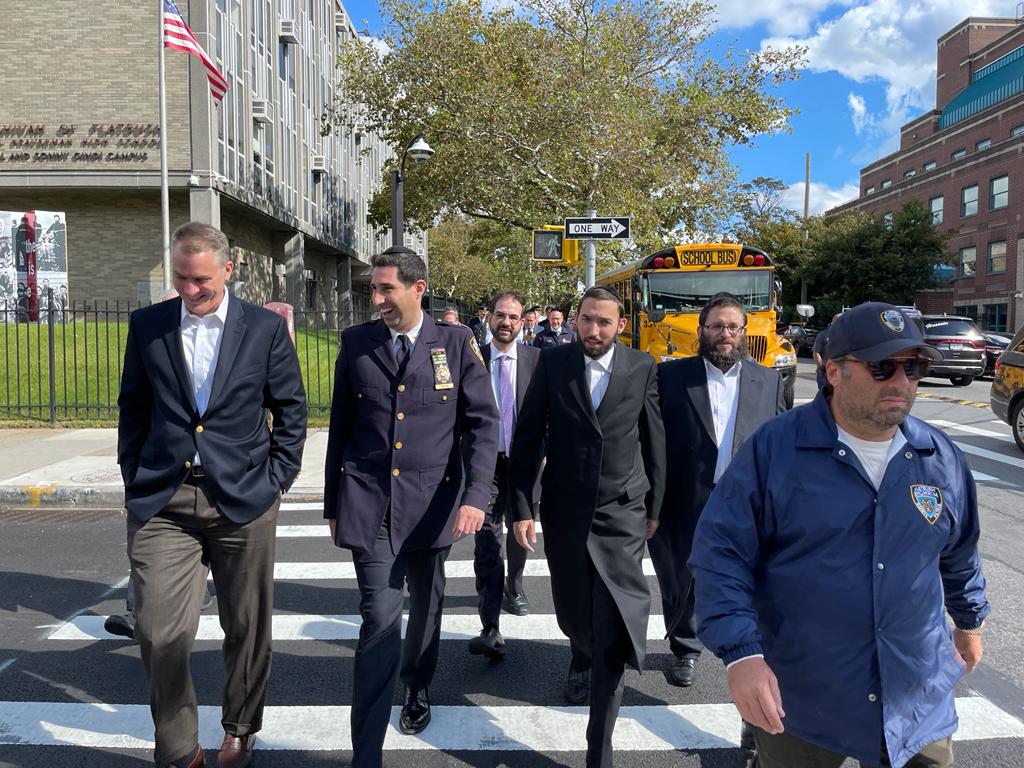 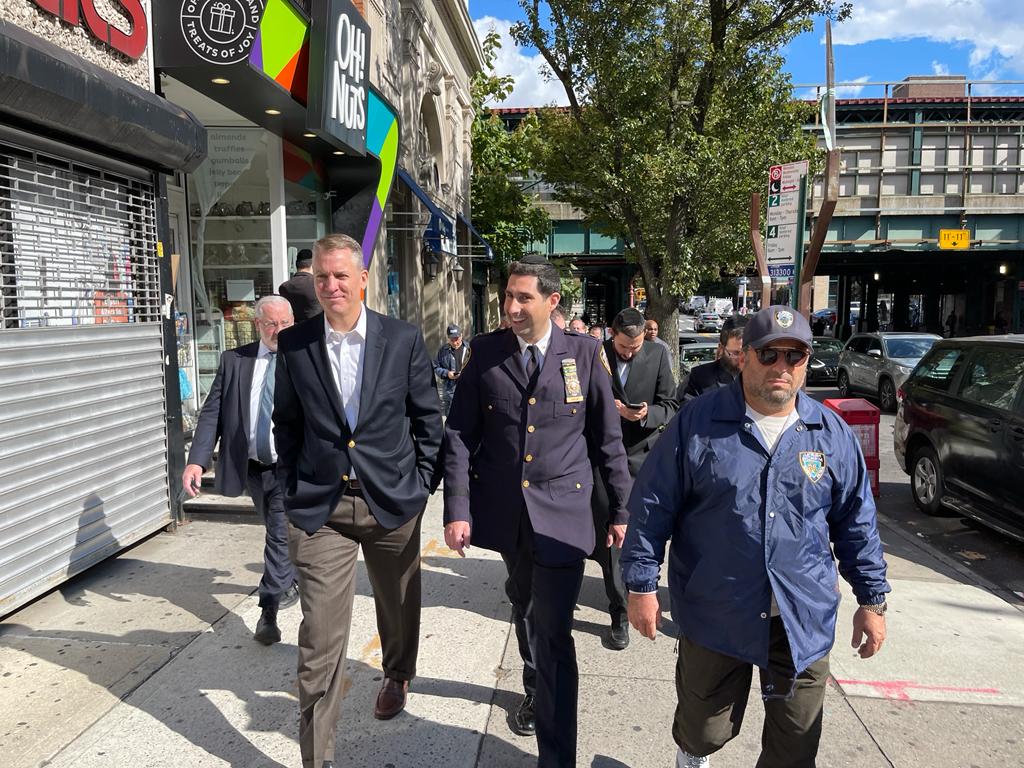 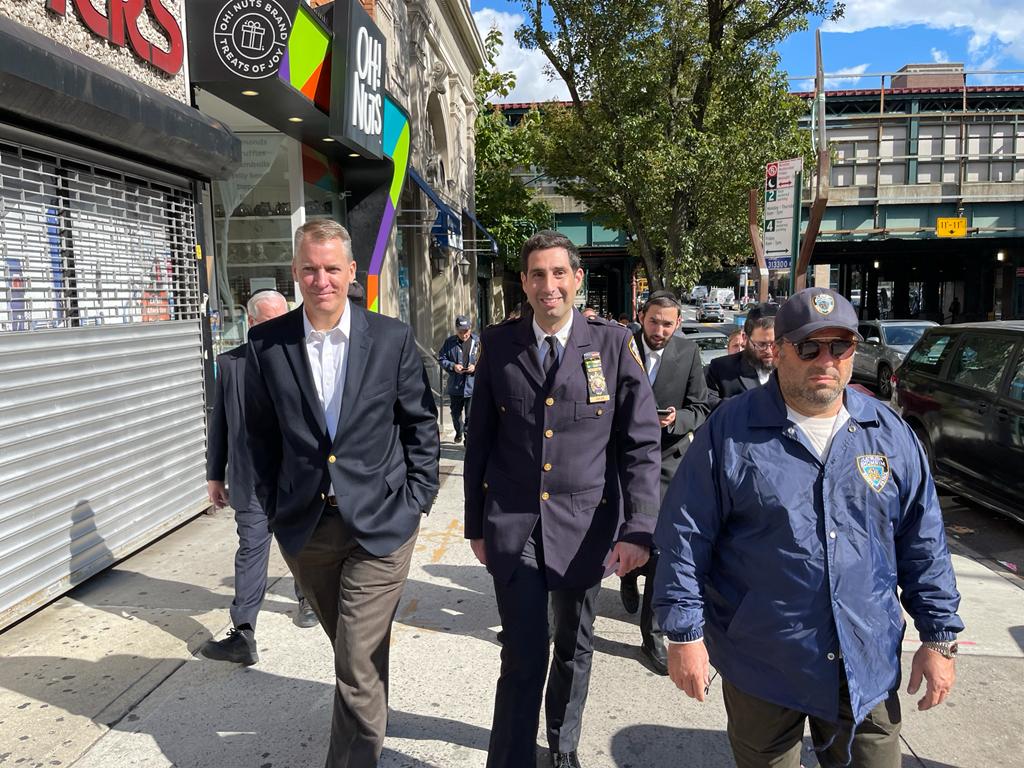 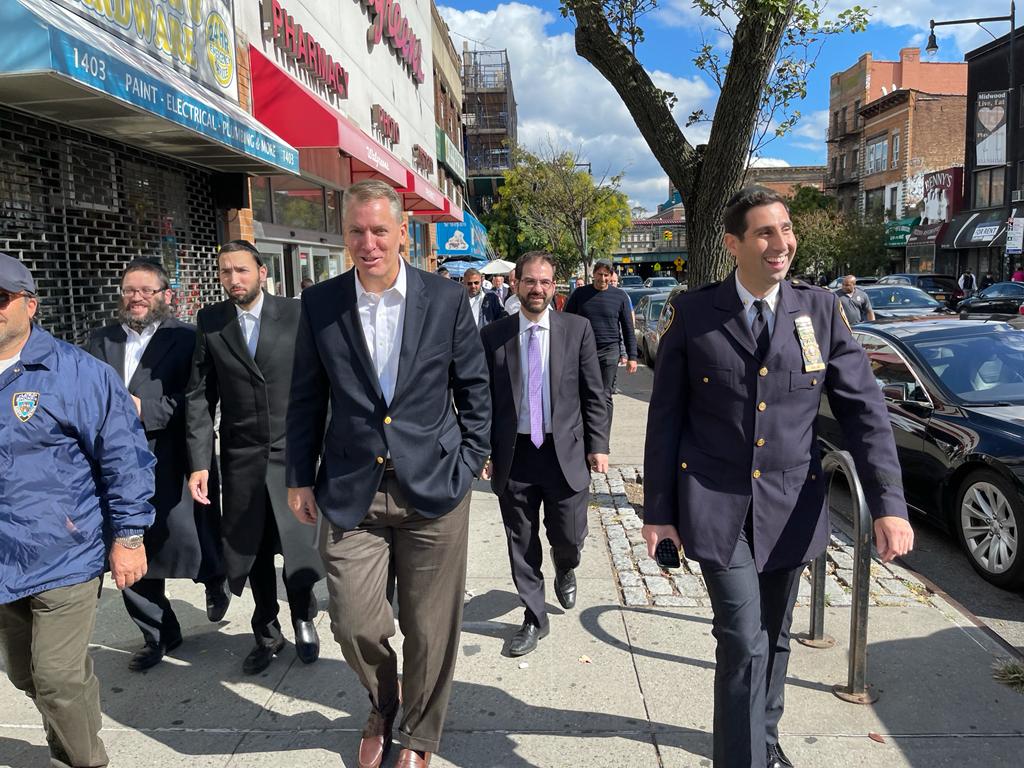 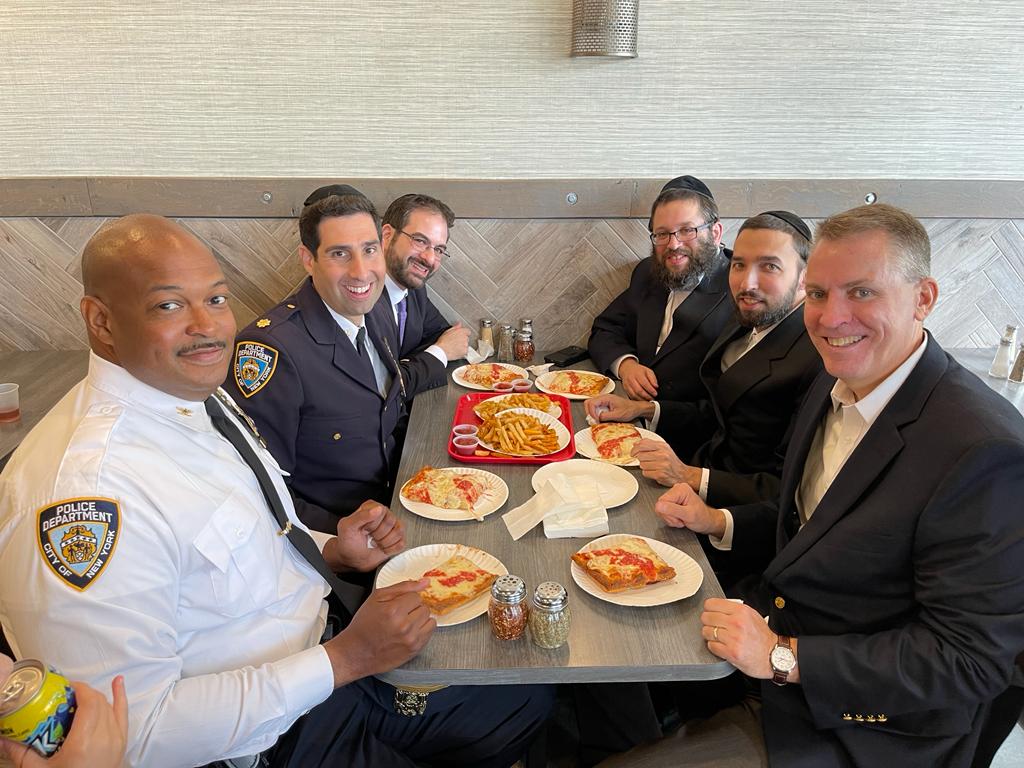 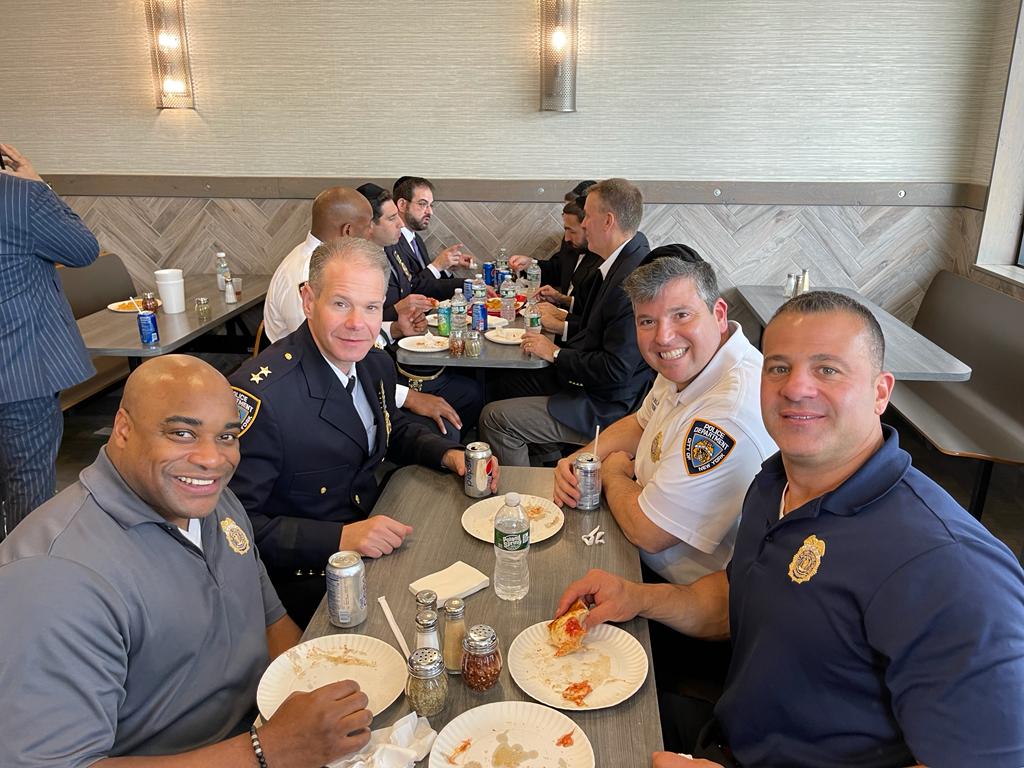 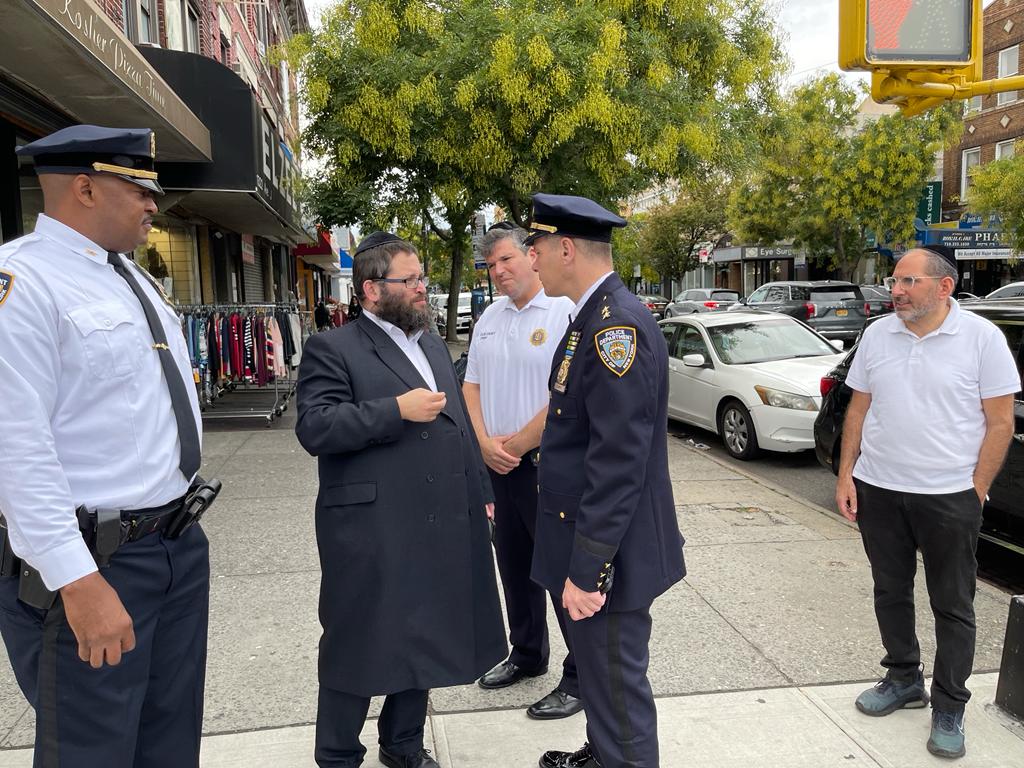 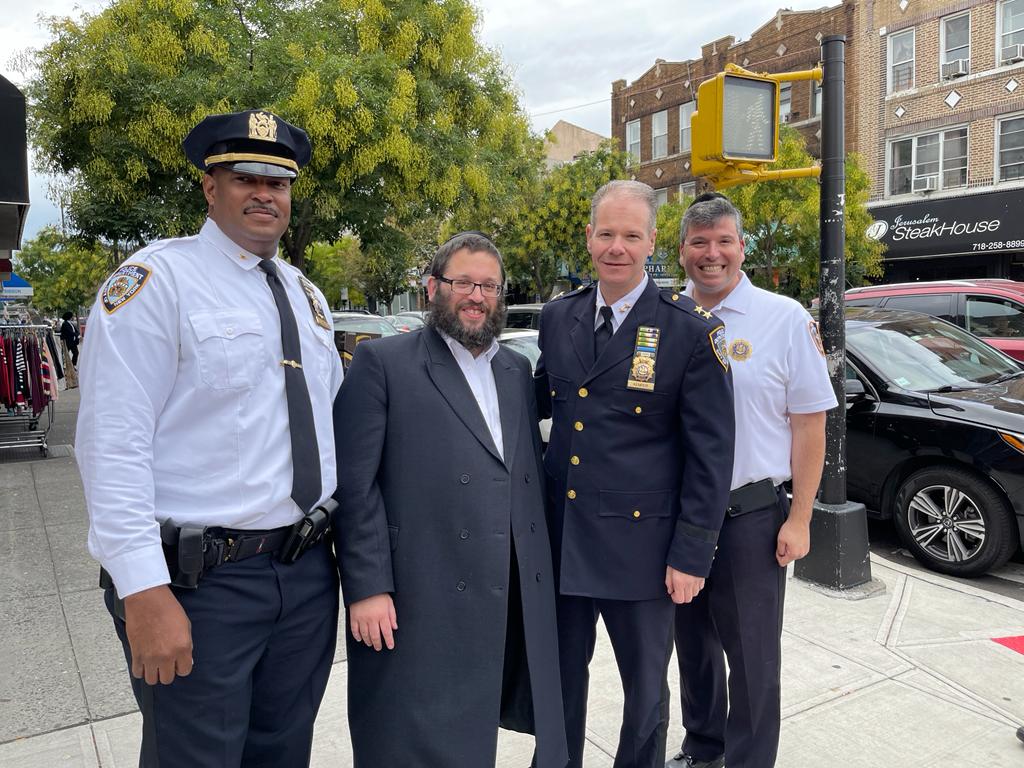 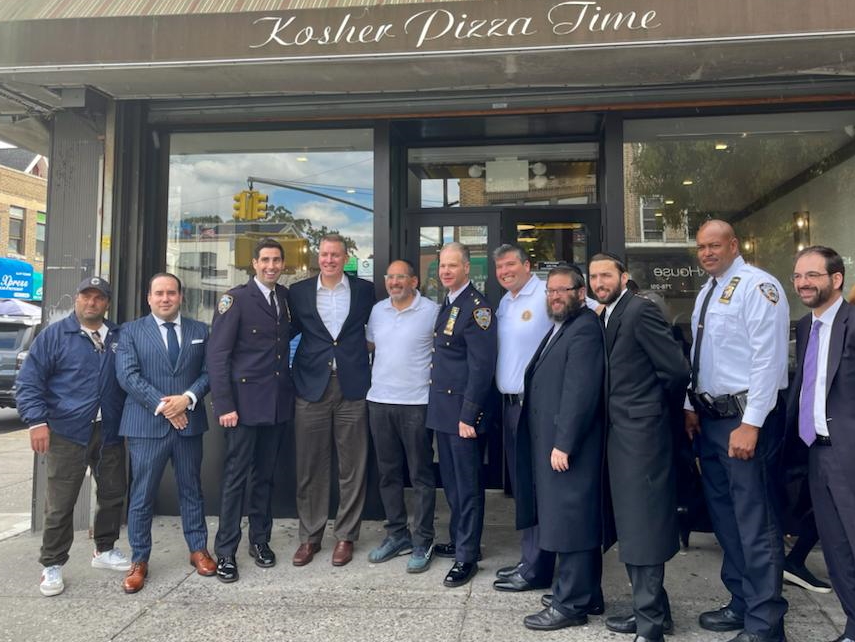