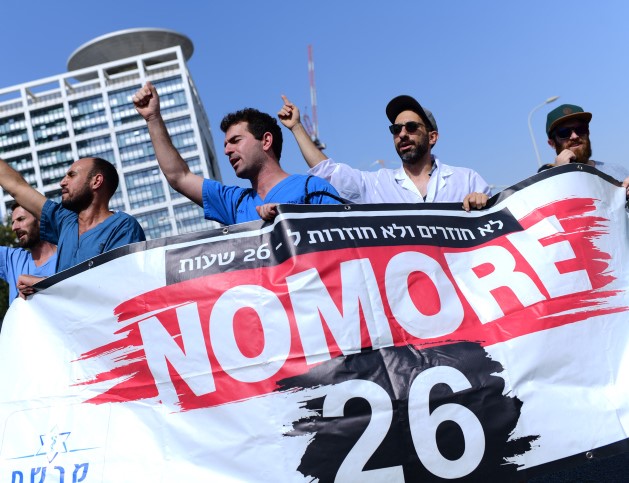 The Israeli cabinet moved to make it easier for doctors and nurses to immigrate in order to address the shortage of medical personnel in the country, The Times of Israel reported on Sunday.

The ministers took a first step by voting to approve the proposal of Immigrant Absorption Minister Pnina Tamano-Shata to establish an interministerial committee aimed at bringing in thousands of medical workers from the former Soviet Union, the U.S., Canada, and Argentina.

A central reform being looked at would simplify the transfer of medical licenses between countries and guarantee jobs to doctors who commit to living in Israel.

The move comes in the midst of a labor dispute between medical internists and the Health Ministry over 26-hour shifts, which the interns want reduced to 18, but the ministry says it lacks the manpower to fully meet the demand.

Last week, more than 2,500 interns delivered resignation letters to the Health Ministry in protest. The resignations were to take effect after two weeks. However, it was not clear if the letters, which were posted on the doors of the Tel Aviv District Health Office, were formally accepted. Negotiators for the interns rejected a government proposal to gradually reduce shifts to 18 hours by 2026 — but only in 10 hospitals in outlying areas. They said it would initially only help about 10% of their colleagues, and that it wasn’t enough.