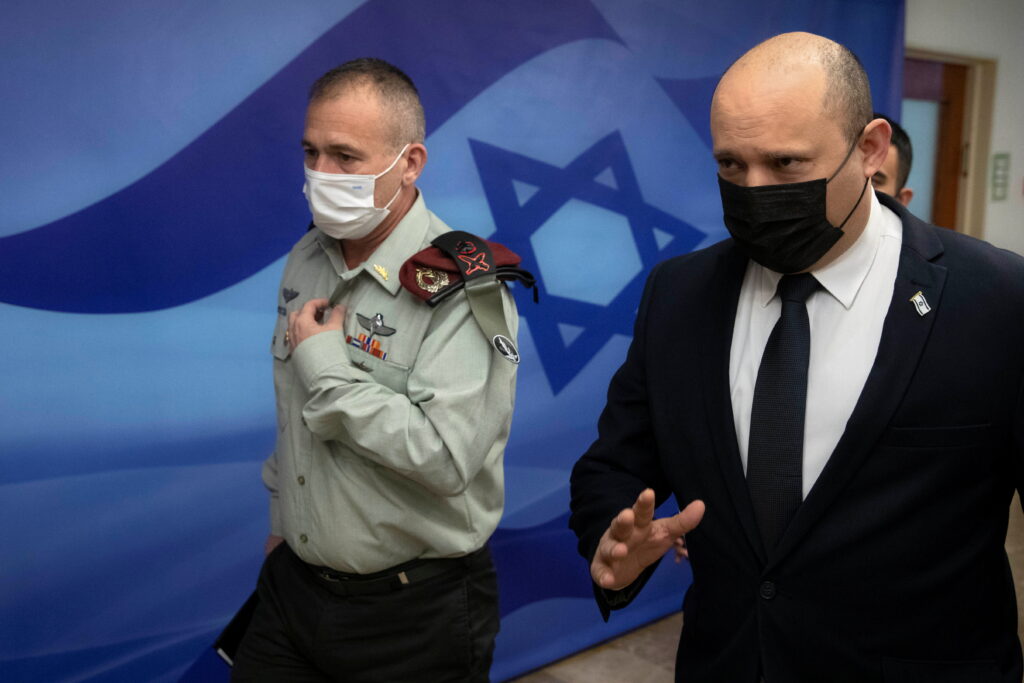 Speaking at the beginning of the weekly Cabinet meeting, Bennett stated that looking around in the Middle East, Israel is “closely monitoring the developments in Lebanon and a bit more to the east, in Iraq. In both cases, we see developments and trends that begin from the bottom, forces that are sick and tired of Iranian control, be it Hezbollah in Lebanon or Shiite militias in the case of Iraq, that suffered a severe blow in last week’s elections.”

Iran-backed parties took a blow in the Iraqi elections last week, winning fewer seats than in the last election in 2018.

Lebanon has experienced another state of disarray over the weekend following clashes between Hezbollah and other forces in the country over an inquiry into the explosion at the port of Beirut over a year ago. Hezbollah is calling to replace the judge who is heading the investigation.

He said this is “the Iran touch. Every place Iran goes – enters a tailspin of violence, poverty, instability and failure.

“I hope that the Lebanese and Iraqi people will successfully free themselves from the tight grasp of Iran’s Revolutionary Guard and build a better life for themselves.”

The Prime Minister also discussed the COVID situation in Israel.

“Over the weekend, the number of severe coronavirus cases declined to under 400 and the positive trend is continuing. While it is possible to say with caution that we are defeating the fourth wave, the Delta wave, it isn’t over until it’s over. We are not taking the foot off the gas and are not taking off the masks. Therefore, as we are managing the gradual exit from the Delta wave, we are preparing the infrastructure for the ‘Omega’ scenario, the code name for a new variant, and of course, we are preparing for the winter, for a combination of flu and the coronavirus.”