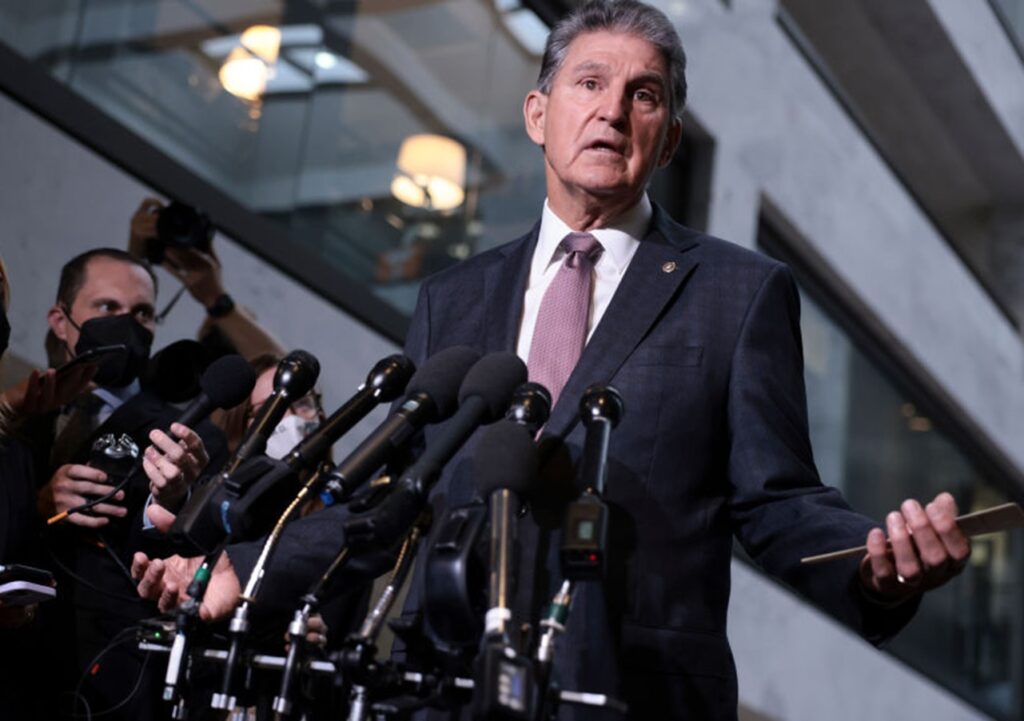 Sen. Joe Manchin has told the White House and congressional leaders that he will not support including a key clean-power provision in the Democrats’ spending package, putting at risk a central element of the legislation designed to fight climate change, according to a person familiar with the matter.

A final decision about the fate of the program, which would pay utilities for using clean energy and penalize those that don’t, hasn’t been made, said the person, who asked not to be identified discussing non-public deliberations. But without the support of Manchin, who holds a swing vote on the package, it’s not likely to survive, the person said.

The program, known as the Clean Electricity Performance Program, has been a major priority for the White House and President Joe Biden’s goal of de-carbonizing the nation’s electric grid by 2035. He’s due to travel to Scotland for a United Nations conference starting Oct. 31 where he’ll seek to show U.S. leadership on fighting climate change.

“We don’t comment on the state of our negotiations with the wide array of senators offering views about the Build Back Better agenda,” said Vedant Patel, a White House spokesman. “The White House is laser focused on advancing the president’s climate goals and positioning the United States to meet its emission targets in a way that grows domestic industries and good jobs.”

West Virginia is a leading producer of coal, which once fueled most of the nation’s power plants but has lost out to natural gas and fast-growing renewable energy sources such as wind and solar. The senator’s opposition was previously reported by the New York Times.