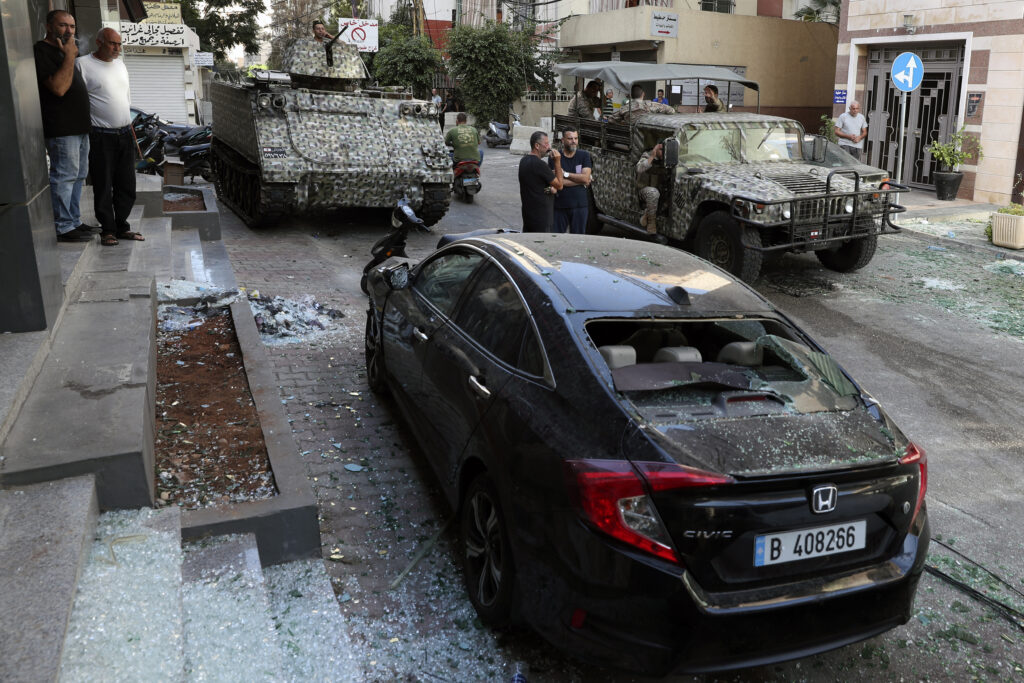 Schools, banks and government offices across Lebanon shut down Friday after hours of gun battles between heavily armed militias killed seven people and terrorized the residents of Beirut.

The government called for a day of mourning following the armed clashes, in which gunmen used automatic weapons and rocket-propelled grenades on the streets of the capital, echoing the nation’s darkest era of the 1975-90 civil war. The gun battles raised the specter of a return to sectarian violence in a country already struggling through one of the world’s worst economic crises of the past 150 years.

The violence broke out Thursday at a protest organized by the two main Shiite parties – Hezbollah and the Amal Movement – calling for the removal of the lead judge investigating last year’s massive explosion at Beirut port. Officials from both parties have suggested the judge’s investigation is heading toward holding them responsible for the blast, which killed at least 215 people.

Many of the protesters had been armed. It was not clear who fired the first shot, but the confrontation quickly devolved into heavy exchanges of gunfire along a former civil war frontline separating predominantly Muslim and Christian areas of Beirut.

Gunfire echoed for hours, and ambulances rushed to pick up casualties. Snipers shot from buildings. Bullets penetrated apartment windows in the area. Schools were evacuated and residents hid in shelters.

The two Shiite groups said their protesters came under fire from snipers deployed over rooftops, accusing the Christian right-wing Lebanese Forces militia of starting the shooting.

The Health Ministry said an injured person died of his wounds Friday, raising the death toll to seven. Among the dead were two Hezbollah fighters and 45-year-old Mariam Farhat, a mother of five. Farhat was shot by a sniper bullet as she sat near the door of the balcony of her second floor apartment, her family said Friday.

Residents in the Tayouneh area of Beirut were most of the fighting played out swept glass from the streets in front of shops and apartment buildings. Soldiers on armored personnel carriers deployed on the streets, and barbed wire was erected at some street entrances. Many cars were damaged.

Tayouneh has a huge roundabout that separates Christian and Muslim neighborhoods. Newly pockmarked buildings off the roundabout sat next to ones scarred from the days of the civil war.

Hezbollah and Amal were holding funerals for their dead later Friday.

Tensions over the port blast have contributed to Lebanon’s many troubles, including a currency collapse, hyperinflation, soaring poverty and an energy crisis leading to extended electricity blackouts.

The probe centers on hundreds of tons of ammonium nitrate that were improperly stored at a port warehouse that detonated on Aug. 4, 2020. The blast killed at least 215 people, injured thousands and destroyed parts of nearby neighborhoods. It was one of the largest non-nuclear explosions in history and further devastated the country already beset with political divisions and financial woes.

Judge Tarek Bitar has charged and issued an arrest warrant for Lebanon’s former finance minister, who is a senior member of the Amal Movement and a close ally of Hezbollah. Bitar also has charged three other former senior government officials with intentional killing and negligence that led to the blast.

Officials from both Shiite parties, Amal and Hezbollah, including Hezbollah leader Hassan Nasrallah, had attacked Bitar for days, accusing him of politicizing the investigation by charging and summoning some officials and not others.

None of Hezbollah’s officials have so far been charged in the 14-month investigation.

Bitar is the second judge to lead the complicated investigation. His predecessor was removed following legal challenges.