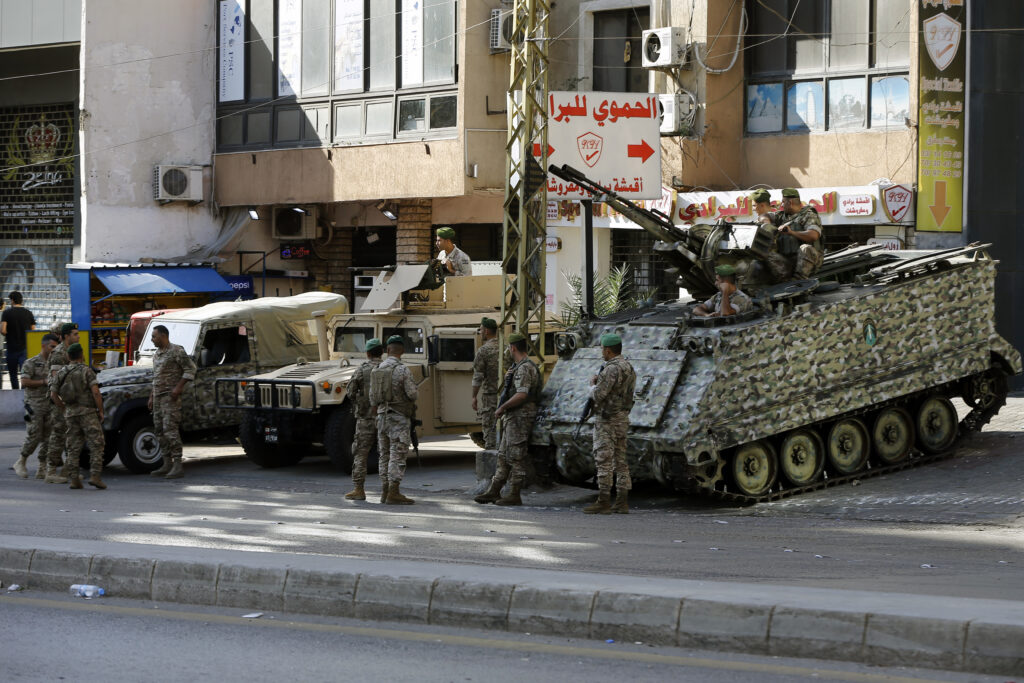 “Iran believes that the people, the government, the army and the resistance in Lebanon will successfully overcome seditions backed by the Zionist entity,” the IRNA news agency quoted Iranian Foreign Ministry spokesman Saeed Khatibzadeh saying.

Six people were killed and 32 were wounded when snipers opened fire on the demonstrators by supporters of the Shiite Hezbollah and Amal movements, who are demanding that the judge investigating last year’s deadly Beirut port blast be removed.

Organizers of the protests claimed that people were shooting from rooftops.

The clashes in Beirut began in the largely Christian neighborhood of Ain el-Remmaneh, the same location where the 1975-1990 civil war broke out.

Bursts of gunfire could reportedly be heard for hours.

Lebanese leaders called for calm, with President Michel Aoun calling the Beirut violence “unacceptable” and saying that it “took us back to the days we had long gone.”

The U.S. designates Hezbollah as a terrorist organization.