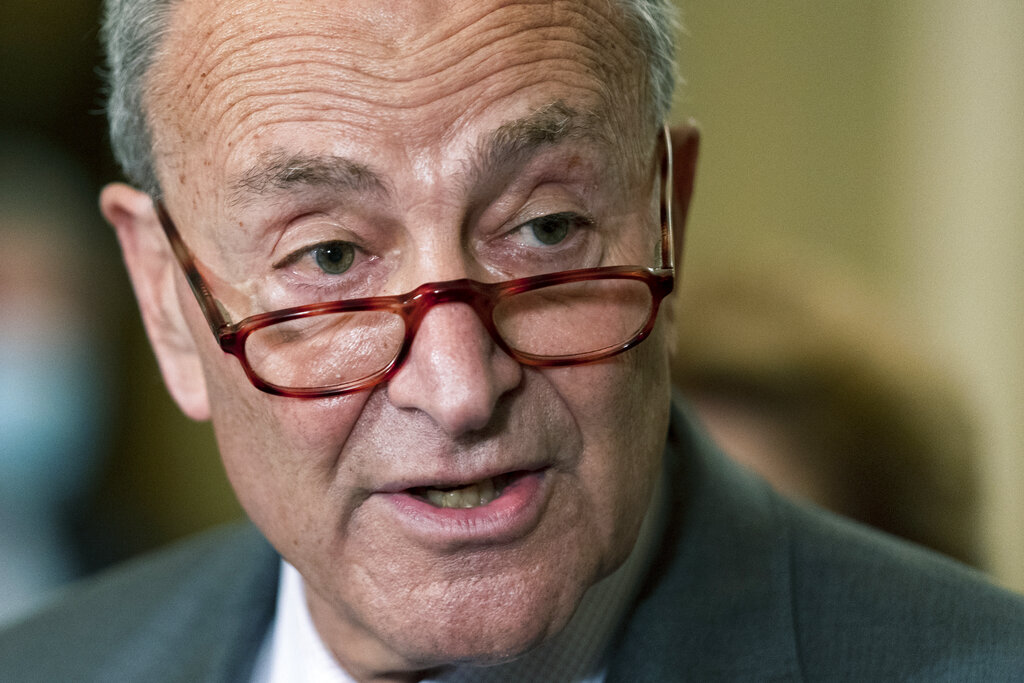 Senate Majority Leader Chuck Schumer, D-N.Y., moved to push a compromise voting rights and elections bill Thursday even though Republicans have vowed to block it.

Schumer will start the clock running for lawmakers to consider the so-called Freedom to Vote Act, which would counter GOP efforts in states that seek limit access to the ballot box especially by minority groups that lean Democratic.

“(We hope to advance) solutions on a bipartisan basis to ensure all Americans have a say in our democracy,” Schumer wrote in a letter to Democratic colleagues.

The measure would set national rules for running elections and includes provisions that would limit state voter ID requirements.

It has been spearheaded by moderate Sen. Joe Manchin, D-W.Va., who objected to an earlier more expansive Democratic bill.

Manchin hoped to enlist the support of enough GOP senators to overcome any filibuster but appears to have fallen far, far short of the 10 Republican votes needed.

Schumer sought to shame Republicans into offering suggestions or agreeing to at least debate the bill.

“I hope our Republican colleagues will join with us in good faith,” Schumer said. “But Republicans must come to the table … and at the very least vote to open debate.”

Neither possibility seems likely as a test vote looms next Wednesday.

Senate Minority Leader Mitch McConnell, R-Ky., has decried the entire effort as a federal takeover of state-run election systems and vowed to block it.

The bill amounts to a compromise effort for Democrats to protect and expand voting rights protections after the widespread effort by Republican-run states to make it more difficult to vote.

Some Democrats had hoped that Republican recalcitrance might convince Manchin and a handful of other moderate Democrats to agree to carve out an exception to the filibuster rule for voting rights measures. That would allow Democrats to pass the bill with just 50 votes in the evenly divided Senate.

But Manchin and Sen. Kyrsten Sinema, D-Ariz., have steadfastly refused to entertain that idea, even as the GOP flexes its muscle to block key parts of President Joe Biden’s agenda.