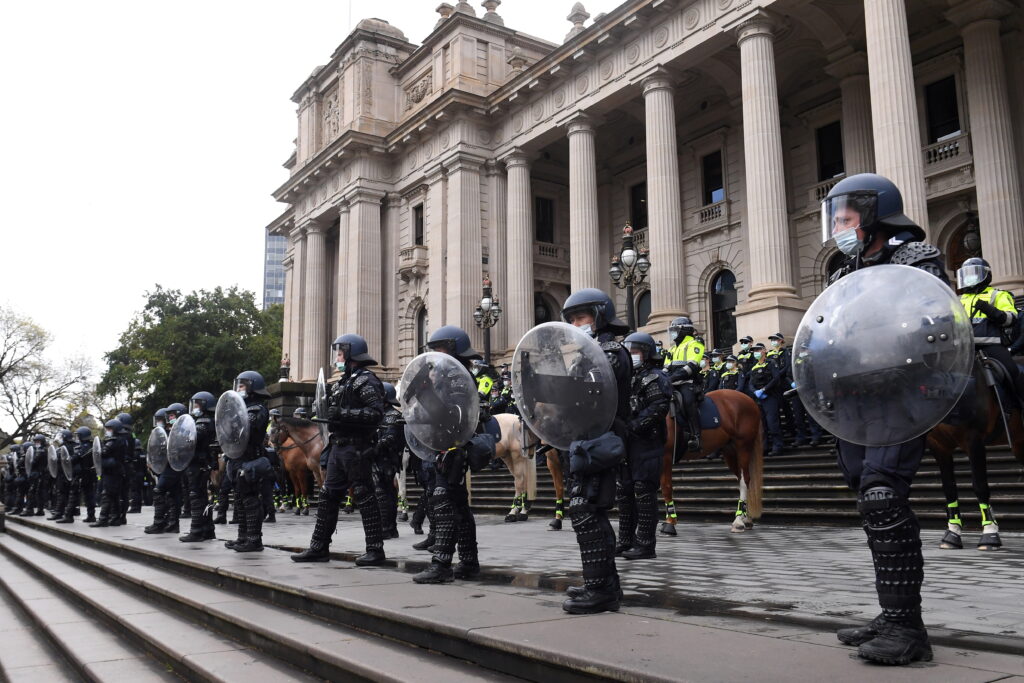 Melbourne will exit months of COVID-19 lockdown next week helped by a faster-than-expected vaccine uptake, Victoria state Premier Daniel Andrews said on Thursday, ahead of schedule even though daily infections hit a record the same day.

In the worst day of an outbreak of the Delta variant coronavirus that began in early August, Victoria logged 2,297 new cases on Thursday, up from 1,571 the day before and the highest for any Australian state or territory since the pandemic began. Eleven people died, bringing the total toll in the latest outbreak to 125.

But the surge comes as Victoria also nears the 70% threshold for double-dose vaccination among eligible adults – the level at which authorities have promised to end strict stay-home restrictions. That target was originally expected to be met on Oct. 26, and the vaccination level was 62% as of Thursday.

“We will deliver the [reopening] road map… You get vaccinated and we will open up, and I do what I say,” Victoria Premier Andrews said, speaking during a media briefing in Melbourne, the state capital.

Most new cases were detected in Melbourne, but the city’s night curfew will also be lifted, while businesses can reopen with strict social distancing rules, according to the road map. More curbs will be relaxed when vaccination levels reach 80% and 90%.

Sydney, where the first case was detected in mid-June, continued a downward trend in new cases. Daily infections in New South Wales eased further to 406 on Thursday, the majority in Sydney, well down from the state’s pandemic high of 1,599 hit in early September.

The city came out of a lockdown of more than 100 days earlier this week, and Sydney could enjoy more freedoms from Monday – beating forecasts by a week – as the proportion of fully vaccinated people older than 16 is expected to top 80% this weekend.

As Sydney and Melbourne aim to begin to live with COVID-19, some virus-free states have flagged they may delay their reopening plans even after higher vaccinations amid fears outbreaks could overwhelm hospitals.

Higher inoculation coverage among the most vulnerable populations has helped Australia to keep its death rate from the Delta flare-up lower than last year’s outbreaks. Still, Delta has accounted for about 77% of the country’s 136,000 cases. Total deaths stand at 1,496 since the pandemic began.

Federal Health Minister Greg Hunt on Thursday said Australia’s medical regulator has allowed Pfizer to submit an application to allow five-to 11-year-olds to be vaccinated with its COVID-19 vaccine.